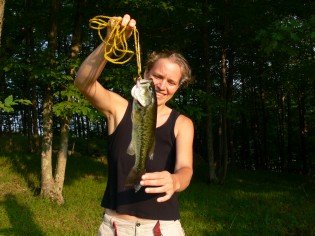 I’ve finally put some time into sorting out most of my recipes on flickr, for any of you who haven’t been to my flickr page please check it out. It is quite a project, but will help me get organized for the recipe book.

As a result, I just realized I haven’t posted this favorite, incredibly delicious Burmese soup…. I used to crave it often years ago, so I was lucky Bo, my x-husband, really knew how to cook the best Burmese food. His mother trained him when she became paralyzed from an unknown cause and couldn’t move from her bed. Bo became her hands and legs as a young boy and would run around cooking up her favorite dishes.

Bo really knew how to get the flavors just right for this unique soup. The last time I made it I did a pretty good job, but I think it was mainly because I made the stock from the head and bones of a bass I pulled out of the pond when we were living in the Catskills…. I can’t say I was fishing since the pond was never fished and I used minnows–the bass were jumping out of the water to grab my bait, scaring me half to death, but it sure tasted great.

Method:
If you have a fresh fish, prepare a fish stock using the head and bones. I boil some water and soak the tamarind paste in it, and strain it through a sieve, you may want to do this a couple times.

Prepare your onions, garlic and ginger. Saute them lightly in the coconut oil. The Burmese would be using peanut oil these days, or palm oil, be sure not to skimp with the fat. The Burmese dishes always have a healthy amount of fat. (This also forms a protective coating over the food from bacteria). Add your preferred choice of meat and saute until cooked. Don’t let the onions caramelize.

Add in the fish paste and mash it in, being sure to break up any large pieces. Add in the stock and the diakons, add in the strained tamarind paste and allow to cook around 10 minutes or until the diakons are cooked through. Taste and adjust the flavor if you like it sour with lime juice. I like this quite sour as the fish paste cuts through the sour taste very nicely. Garnish with sliced scallions, and if you have some fillets of fish left, a piece of the fillet. 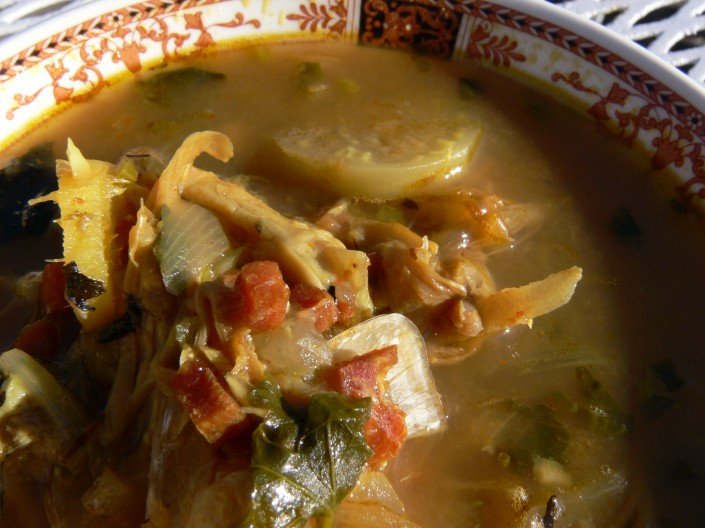 Looks like I have quite a few other ingredients in this bowl of soup! I think we have footage of making this soup so we’ll have to try to get that edited soon.

Click here to cancel reply.
« Dandelion Syrup
Wild Morels & Nettles Linguini »
We use cookies to ensure that we give you the best experience on our website.
If you continue to use this site we will assume that you are happy with it.