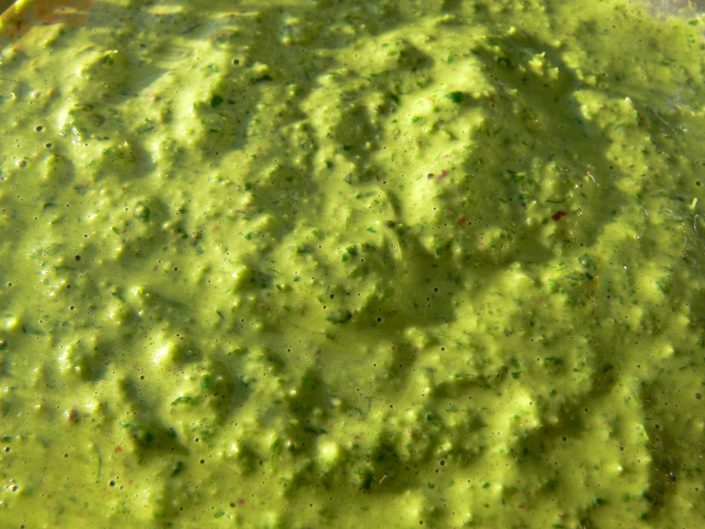 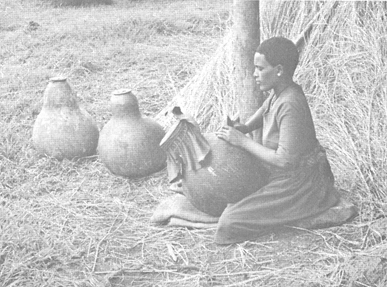 Basil is funny to grow. It starts as a spindly plant, often with just a few leaves, so few in fact that to take any feels wrong. To snip a couple off for a tomato salad makes me worry that I might kill the plant. In the beginning I always straddle the line between wanting to taste and not wanting to kill. More times than not in early summer I skimp on the basil leaves or I (ahhh!) buy basil. 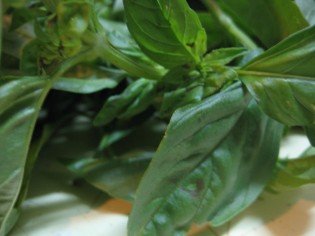 Then late summer rolls around and my basil plant has turned beast. There are so many leaves that I don’t know where to cut. And then I see them. The seed pods and flowers, inching their way out of the top, getting ready to turn my basil into a bitter compost addition. Not on my time.

Basil, you’re about to get whacked.

The scissors emerge from the kitchen. I grab the entire basil plant and cut it off at the ankles. Brutal to be sure, but necessary because it is at this moment, when the heat of the late summer is overbearing and I am praying for rain as if I live in a desert that I know it is time to make pesto for the winter.

My first batch of fermented hot sauce was so successful that I have two orders for more! Never one to rest on my laurels I’ve decided to experiment with the second batch. 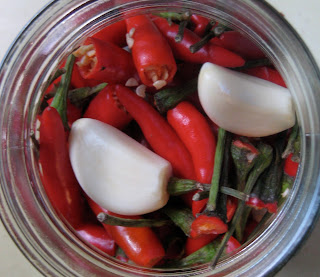 I’m starting off with thai chili peppers again. I’ve been reading up on hot sauces and for fermentation you want to use super hot peppers. The high levels of capcaisin (the molecule that makes you burn) help keep bad bacteria at bay. I again added garlic and I’m trying the fermentation process with whole peppers this time instead of ground peppers. 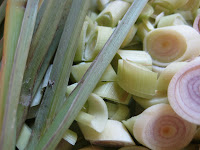 As I wandered my way through fermented hot sauce links and recipes online, I found a recipe for sate chili sauce. This is one of my favorite sauces in the world, but I’ve never known how to make it. Now that I know what is in it (garlic, lemongrass, chili, fish sauce, need I say more???  delicious!) and the general process, my head is spinning – the possibilities are endless. Here is my first attempt sticking fairly close to the original recipe:

My fermented hot sauce was bubbling and brewing away in the corner for several days. It developed a little bit of white mold, which I promptly scraped off. I did notice mentions of mold in various blog posts so I didn’t worry overly much, it seems to relate to the fermentation process. 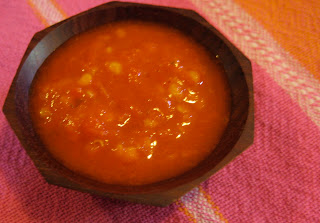 Once I felt that it was fermented enough (use your intuition) I slipped on a glove and picked through the mixture removing all of the green stems. I then dumped the mixture into a saucepan with about half a cup of white wine vinegar and let it boil for several minutes.

I put in a teaspoon of salt and then poured the whole saucepan into my blender and whizzed it up until I liked the consistency. The sauce then took another journey into the saucepan for another round of boiling while I sterilized a few little jars. I tasted it again as it boiled and decided to add a teaspoon of white sugar. This just seemed appropriate.

That changed during my first camping trip. I was 19-years-old.

Traveling to the site with a fellow newbie girlfriend, en route we picked up a lot of beer, a 12-pack of hot dogs and a sack of buns. That was it.  We had no tent, no sleeping bags, no nothing. Just beer and hot dogs. We joined a big group of experienced campers. They had barbecues, food tents, frying pans, cooking sauces, venison, and…

Sriacha sauce. That lovely fermented garlic hot sauce, you all know it, the squirt bottle with the green lid. The symbol that you’re in a good restaurant. I mean, come on, Morimoto uses it.

Often the first vegetable to pop up in the spring, rhubarb is one of my favorites. 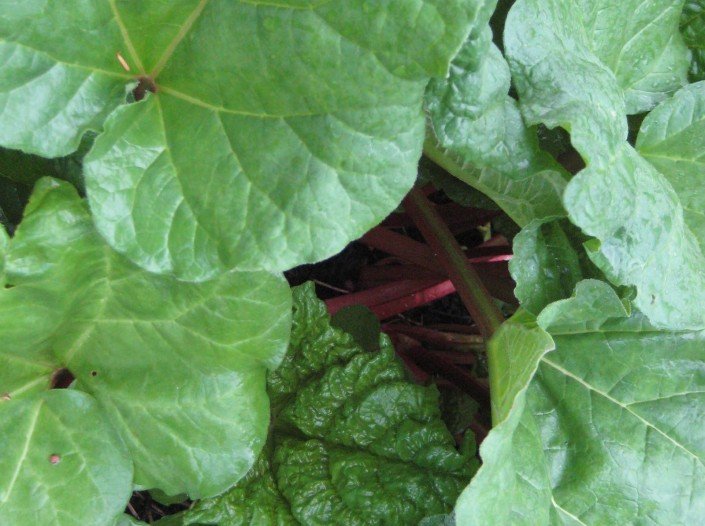 While I love it in pie my new favorite way of using rhubarb is making compote. Compote is french for “mixture” and is basically just a stewed fruit dish. Rhubarb makes a beautiful compote.

Compote is also a great way to prepare rhubarb for canning so it can be enjoyed in the winter. The version I am making is sweet but a savory variety is fabulous with roast pork. 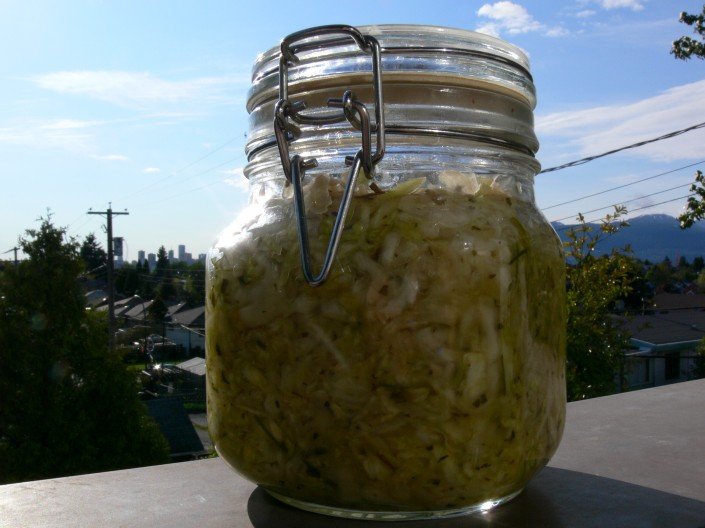 This delicious compote is made from local biodynamic cherries from Harvey’s Orchards. Dried cherries are very high in antioxidants and are also helpful in reducing inflammation. I find that cardamom goes very well with any type of stone fruit, especially nectarines, peaches and plums. This compote is delicious with yogurt, as a spread, or to glaze a pork tenderloin. This recipe was made especially for my amazing, antioxidant-rich and grain-free Chocolate Walnut Torte.