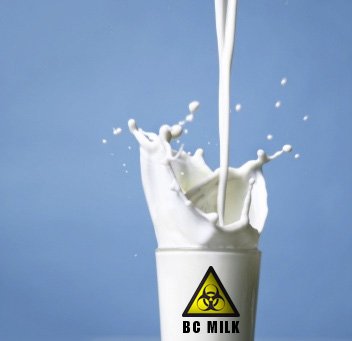 The Canadian Dairy Commission, 10 provincial supply management boards and provincial representatives, are all signatories to the National Milk Marketing Plan. Based on that plan, an associated committee determines a quota of how much milk each province can produce. That quota is then further apportioned among individual dairy producers. They in turn must sell all their milk to their respective provincial marketing boards.

In addition, high import tariffs are imposed on imported products. The tariffs range from 202 per cent (skim milk) to 298 per cent (butter) with cheese, yogurt, ice cream and regular milk within that range.

The net effect of the command-and-control approach to supply and the high tariff wall is that Canada’s 12,965 dairy farmers prosper at the expense of most of the other 34,482,800 Canadians.

Problematically for those who defend such practices, supply management boards fit the dictionary definition of a cartel: “A combination of independent commercial or industrial enterprises designed to limit competition or fix price.”

The only difference is that most other cartels are outlawed on grounds that such collusion is bad for consumers. It is only when government and agricultural and dairy interests converge that we’re told high, above-market prices are good for us. –Fraser Institute

More info: Tackle the dairy cartel and Should We Trust Industrial Dairies?

Now my question is, if the Canadian dairy industry is so wealthy, why is it that they are so far behind the rest of the world in hygiene standards that they can’t even guarantee the quality of any of their raw ingredient. Every other country in the world can find a way to manage it. The Queen of England even drinks her milk raw. Now I know that they won’t even let the pilot and co-pilot of an airline eat the same meal in case one has salmonella, even after all the crazy stuff they put that airline food through to ensure it is sterile, so I am sure they are 100% sure the raw milk given to the Queen is pathogen free.

Actually we don’t even need to get as cerebral as all that, here is a link to the Bactoscan a machine that counts bacteria in milk instantly.

Because the BactoScan FC counts all bacteria as single cells and not clusters it gives a uniform high performance with accuracy, repeatability and reproducibility of results. Unlike methods such as the plate counting method, BactoScan FC cannot be influenced by the operator and it can analyse raw milk samples directly without prior heating or dilution, which can affect precision. -Bactoscan

In this day and age it is 100% possible to produce high quality raw milk with no fear of nasty bugs. The main problem the Dairy Cartel has with raw milk is that it can’t be produced in factory farms full of grain-fed, antibiotic infused, confined animals. In fact, it is these very conditions that produce the dangerous pathogens in the first place.

Click here to cancel reply.
« Four Common Anti-Raw Milk Strategies
Argentinean Tobacco Farmers Sue Monsanto for Knowingly Poisoning Their Children »
We use cookies to ensure that we give you the best experience on our website.
If you continue to use this site we will assume that you are happy with it.