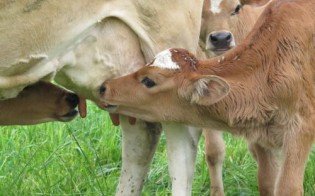 Following piece is written by farmer Edwin Shank of www.yourfamilycow.com and reposted with permission. It outlines the fear-mongering tactics used by industry and government institutions to distract the masses from Big Food’s disgusting factory farms and the unstoppable super-bugs they have unleashed on the world. Images of happy, healthy animals are from the farm as well:

In the following paragraphs, I highlight several common anti-raw-milk strategies. I have consistently observed these tactics over the last 10 years. Many of you are already wise to these methods, however, some of you are new to raw milk and are at a loss to identify and expose the twist in the information even when you strongly suspect it is there. It is for you and your families that I write.

Only tell part of the truth. Freely quote government and medical data in order to appear valid but only reveal the parts that advance the agenda. This strategy is #1 because it works so well. It works because most of us are either too busy, too trusting or lackadaisical to do our own research and so will never notice. Here is how this tactic was used in our situation.

The number of ill from our farm was broadcasted with ever-increasing alarm. (And we aren’t minimizing the seriousness of even one ill person. Believe me!) But, wouldn’t you think that to give the story context it would have only been right, only fair, even a moral obligation to also reveal that the CDC estimates 2.4 million cases of campylobacter in USA every year!

Here is an unedited excerpt directly from the CDC.

How common is Campylobacter?

Campylobacter is one of the most common causes of diarrheal illness in the United States. The vast majority of cases occur as isolated, sporadic events, not as part of recognized outbreaks. Active surveillance through FoodNet indicates that about 13 cases are diagnosed each year for each 100,000 persons in the population. Many more cases go undiagnosed or unreported, and campylobacteriosis is estimated to affect over 2.4 million persons every year, or 0.8% of the population. 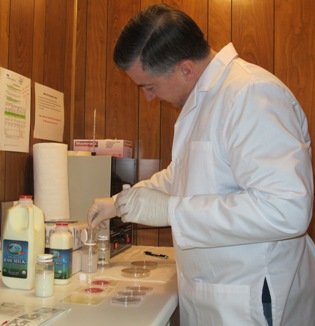 If we subtract the 80 cases from our farm during that same period, we discover that during the same two week period in PA, MD, WV and NJ, the official estimated number of cases of campylobacteriosis from other source was: 7,304

Now that’s food for thought! What did the other 7,300 eat? Of course, everyone else was normal and just ate normal foods, so what made them sick wasn’t newsworthy. But even so, why wasn’t this official data revealed to at least put the story in context? I mean, aren’t professional, ethical, educated journalists supposed to be balanced? But I do understand. To put the story in context would have taken away a lot of the fear and drama. We can’t have that folks… we can’t have truth obscuring the fear!

Intentionally leave the impression that this is a unique raw milk problem. In no case reveal that pasteurized milk does not eliminate risk. This strategy is amazingly successful for the same reason #1 works so well. We are too busy or too trusting to do our own homework. Here is how it is used in real life.

There was little attempt to give the story balance. Balanced data and all the facts are essential to parents responsible to make educated, informed, choices for their family. No parents should be conned into a decision based on fear, sensationalism and partial information and no health official or reporter should put them in that position. It seems the following outbreaks could have been referred to, at least in passing.

Please understand. We do not present this data to try to persuade anyone away from pasteurized milk. Your choice is just as honorable as our choice. We simply present this information because we believe in informed choice. It is part of the information puzzle. If someone is hiding important pieces, how will you ever assemble the big picture? If these true outbreak stories are a shock to you and have disturbed a sheltered feeling that you cherished, I’m sorry to wake you up. But don’t blame me for the sleep! Blame those who are singing the lullaby. We present this to you because it’s unlikely you will get it from any other source. The point in mentioning other outbreaks is not to divert attention from us with “Oh look, they did it too, so we are not so bad.” The point is that contamination can and does happen to all food classes but the focus is always on the How, Why and Solutionto the contamination, not on the elimination of the food class. All we ask is that raw milk be given equal treatment. 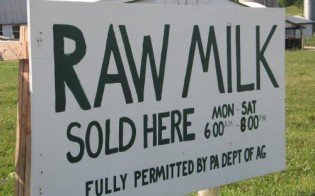 This tactic is the easiest to expose. It is such an obvious attempt and yet it is parroted in just about every article you read on raw milk. Once you know what to look for, you too will notice it everywhere. It is worded slightly different at times but it usually goes something like this excerpt taken from a news story last month. “According to the Centers for Disease Control and Prevention (CDC), 93 outbreaks due to consumption of raw milk or raw milk products were reported from 1998 through 2009 resulting in 1,837 illnesses, 195 hospitalizations and two deaths.”

So why would the media and the CDC make comparison hard in the case of raw milk? Well, for starters, to reveal that an average of 167 persons get ill from raw milk per year just doesn’t pack the same fear-factor punch as the big number. But even more important, they are confident (see strategy #1) that the average person is not awake enough to know that the, “CDC estimates that each year roughly 1 in 6 Americans (or 48 million people) gets sick, 128,000 are hospitalized, and 3,000 die of foodborne diseases.”

You better go back and read that again! Notice, that this is each year, not an 11-year window like they use for raw milk. So, let’s politely yet firmly… (it’s always important to be firm with these people) ask them to play fair and honest and extend the 11-year statistical window for all foods just like they have chosen to do for raw milk. This is what we find:

Folks, I’m not making this up. These are not my numbers. I am simply forcing the players to play fair with their numbers. As an awake American, you need to ask yourself, “What is going on? Why was I not told this before? Who is hiding the puzzle pieces and why? What is the motive to make raw milk illness look like such a huge food-safety threat when the statistics show it is not?”

Carefully word headlines so new illnesses appear to occur long after the outbreak is over. This insidious strategy works marvelously to spread the hype and fear, because many are not aware that it is normal for epidemiologists to take several weeks to finish their paperwork. When health departments send urgent news releases and reporters create sensational headlines each time the paperwork on a case is finished, it is easy to make it look like new cases are still cropping up. This tactic is especially effective at damaging trust if the raw milk farmer has taken extraordinary steps to correct the problem and has informed his customers of the changes. Since the “new illness” reports appear after the public has been reassured the problem is fixed, the credibility and trust of the farmer and raw milk itself is destroyed much more than the first time around. It is a raw-milk-opponent’s dream! 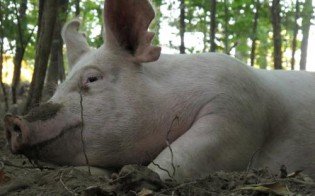 This particular strategy has been distressing to our family. Even though our raw milk sales have increased sharply and drop point sign-ups have roughly doubled as compared to our “pre-January” rates, (Praise the Lord and Thank you, Thank you, Everybody!) it still hurts to hear the doubt, distrust and worry in the voice of a loyal raw milk mom as she fearfully asks, “Are there still people getting ill from your milk? …I read it in the news,” or “Is it true… the news is saying that there has been another outbreak?” One mother said that she was sure it was a glitch the first time, but now she is not sure anymore. When we try so hard and care so deeply that our hearts at times feel pulled up by the roots only to see our credibility ripped away in a moment by this tactic… at its best, this is incompetent journalism and at its worst it is intentional misinformation.

We are getting our education. And like it or not, you are in school with us. Now, go educate your friends and family. One awake American shaking a friend out of slumber awakens another percent or so of Americans every year. One American at a time, the tipping point will be reached. This is power. This is hope. It is only a matter of time. With you at our side we need not defend ourselves!

Your farmers ~ Edwin and Dawn Shank and Family

Note to the Media: You are not permitted to use anything from this newsletter in print or otherwise without our explicit written permission. This is a personal letter written for our customers’ information and for them to share with their friends and families.

Note to our Customers: Pass It On!

Click here to cancel reply.
« Fact: Airline Food is Disgusting
Is Canadian Milk the Dirtiest in the World? »