BC Completely Supports Prohibition of Raw Milk in Canada 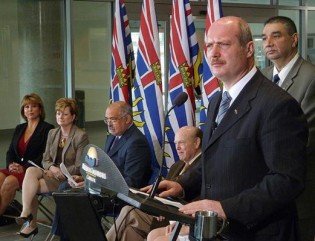 I don’t have a copy of the letter we sent to the Minister of Health, so I am not sure if this letter addressed my issues or not, but it is just a standard sort of a letter that doesn’t really give any consideration for the points brought up. Also, as you can see the reply keeps talking about raw milk without any understanding of the differences between factory farmed raw milk and raw milk from artisanal dairies. There is no consideration of cultural and religious sensitivity. There is no consideration that the health and treatment of the animals is a big concern for many people. All they can see are pathogens. From this letter it is pretty clear that there is a huge lack of understanding about the importance and symbiotic nature of helpful gut microflora for healing and boosting the immune system. There is absolutely no mention of the studies that demonstrate that raw milk reduces asthma and allergies remarkably. These will be some points we bring up in our next letters…I’ll keep you posted. In the meantime, let us know if you get a more personalized response to your letters.

Letter from Tim Lambert, Executive Director of Health Protection regarding raw milk after we wrote to Michael de Jong, Minister of Health to please review and work with Michael Schmidt on creating a certified dairy program in Canada.

Thank you for your letter regarding your request that good quality raw milk be available in British Columbia. The Honorable Michael de Jong, Minister of Health, forwarded your letter to my attention.

The province strongly stands by its position that raw milk is not safe to drink and pasteurization is by far the most effective method for destroying pathogens in raw milk. BC is in complete support of federal legislation that prohibits the sale of unpasteurized milk in Canada.

The link between consumption of raw milk and disease has been well established for several organisms (E. coli, Campylobacter, Listeria, Salmonella and Staphylococcus), and raw milk is pasteurized primarily to destroy pathogenic bacteria that may be present. Consuming raw milk presents a serious health hazard, and may result in mild illness, long-lasting serious disease, or even death, particularly among vulnerable populations including children, immune-compromised individuals, and pregnant women. Moreover, it is very difficult for a consumer to determine if raw milk is contaminated with dangerous pathogens; indeed, even raw milk with a normal appearance from apparently healthy cows can contain bacteria with the potential to cause human illness.

I understand there are varying public perspectives on the risks and purported benefits of consuming raw milk and raw milk products.