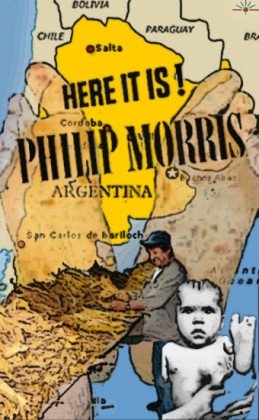 The farmers claim Philip Morris and Carolina Leaf used a tobacco brokerage company, Tabacos Norte, to buy tobacco from the farmers and sell them crop production supplies, including herbicides and pesticides.

Tabacos Norte, based in Misiones, was created by Carolina Leaf and Philip Morris’ Argentine subsidiary in 1984, to produce tobacco fit for the North and South American markets, according to the complaint. 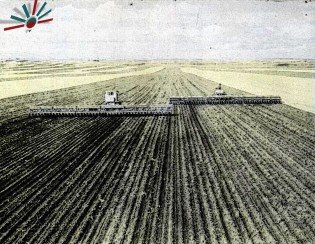 The farmers say the tobacco companies that bought their crops asked them to replace the native tobacco with a new type, used in Philip Morris cigarettes, which required more pesticides.

They say the defendants pushed for excessive use of pesticides and failed to warn them of the dangers or provide them with information or protective gear.

Most farmers in Misiones used Roundup, a glyphosate-based herbicide made by Monsanto, to kill weeds and clear tobacco fields, according to the complaint.

Monsanto and Philip Morris told them to use glyphosate frequently and in quantities beyond that necessary for effective weed control, the farmers say.

“Monsanto defendants, the Philip Morris defendants, and the Carolina Leaf defendants promoted the use of Roundup and other herbicides to tobacco farmers in Misiones even though they were on direct and explicit notice that at all relevant times farmers in Misiones, including the instant plaintiffs, lacked the necessary personal protective equipment and other safety knowledge and skills required to minimize harmful exposures to Roundup,” the complaint states.

“What is more, at all relevant times Tabacos Norte, the Monsanto defendants, the Philip Morris defendants, and the Carolina Leaf defendants did not recommend protective measures to farmers and their families in Misiones. In fact, aforementioned defendants actively recommended and/or required that contracted tobacco farmers, including the instant plaintiffs, purchase excessive quantities of Roundup and other pesticides.

“At all relevant times, defendants were on direct and explicit notice that fruits, vegetables and farm animals designated for family consumption would be contaminated with pesticides including Roundup if contract farmers followed the defendants’ aggressive chemical application specifications for tobacco cultivation.”

Monsanto’s pesticides contaminated the farmers’ non-tobacco crops, water wells and streams meant for family use, exposing their families to the toxic substances, the farmer say.

“The plaintiff tobacco farmers’ lack of training and instruction on the safe disposal of unused Roundup and other pesticides caused further exposure,” the complaint states. “Leftover pesticides were discarded in locations where they leached into the water supply.”

The farmers claim their exposure to the pesticides caused their children’s birth defects.

They claim that Monsanto and the tobacco companies, “motivated by a desire for unwarranted economic gain and profit,” ignored health risks associated with pesticides.