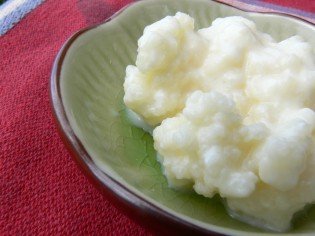 After about 6 months of moving around too much too keep up with my kefir culture my gut and immune system are much more easily compromised and weak…my liver has been feeling unhappy too. Today I finally had my first glass of homemade raw milk kefir and I am glad to be back on track. In the meantime I received this newsletter from Vaidya R.K.Mishra who is a well known Ayurvedic practitioner from the living Shaka Vansya Ayurvedic system discussing the Ayurvedic perspective on raw milk, yogurt, kefir and healing.

In the following article Vaidya Mishra responds to a few questions around raw milk, yogurt and kefir:

Vaidya Mishra’s response is in italics.

I’m hoping you will be able to let me know Vaidya Mishra’s thoughts about the following questions:

1. Is it okay to drink fresh raw organic milk, cow or goat, without boiling it first? Some people say milk should always be boiled, according to Ayurveda.

Do You Want That Milk Pasteurized?

South Park does it again with a yarn about how they ran the milkman out of town when they realized he was dropping in on all of their wives, by laying a trap for him with a sexy blonde. This one just makes me chortle every time I hear it. ...