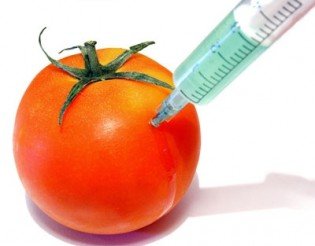 The United States and Canada will seek, to the extent possible, to coordinate the RCC’s activities with the work of the U.S.-Mexico High-Level Regulatory Cooperation Council when the three governments identify regulatory issues of common interest in North America.

These policies have been transacted by government bureaucrats and private business leaders behind closed doors with no involvement of parliament or public debate. This excellent background video, End of Nations, from Global Research in Toronto gives a great overview of the subversion of the SPP into the current Harper Border Security and RCC policy deal. Please do not kid yourselves. This deal IS about national sovereignty and the formation of a North American Union.

Nowhere will Canadians be more personally affected by this deal than at their own dinner tables. That is the subject of this article — the agricultural trade sector and what the RCC Joint Action Plan reveals is in store for us as “misalignments” (their word) in regulatory “processes, practices and activities” are “fixed” by the swell deal.

The first section of the Agricultural initiatives concerns “Food Safety”. The justification for this portion of the deal is stated as follows:

“Food produced under the regulatory systems in both countries is some of the safest in the world, and it should usually not be necessary to apply additional inspection or testing requirements, simply because it is crossing the Canada-U.S. border.”

While many Canadians may take exception to this statement about the safety of our food supply as teenagers drop dead from energy drinks, the elderly keel over from their listeriosis-laced sandwiches, and obesity and illnesses like cancer and diabetes rage in the general population, the fact remains that the government is sold on its business-friendly policies regarding food additives and contaminates, GMO crops and foods, lax food labeling, lax inspection procedures and opposition to natural supplements and locally-produced foods. I present here the most worrisome of the specific details provided in the Joint Action Plan and its supplementary document, The Consultation Report.

Here are the specific initiatives:

The third section is “Marketing” and is the only section we heard anything about in the press, namely the initiative to adopt a common approach to naming meat cuts for labelling and inventory purposes. The other initiative in this section regards adopting similar “financial risk mitigation safeguards” for nonpayment of producer bills.

The implications of the entire Agriculture section raise the following questions. Please click on the links so you understand fully what is at stake here as regulations, testing, processes and procedures (like inspections) are harmonized.

There was a hard-fought, 10-year battle to keep Bovine Growth Hormone (BGH) out of Canadian dairy products because it had not (and still has not) been proven to be safe for human consumption. The concern is risk of breast and colon cancer in humans. So, will Canadians be forced to drink milk and eat cheese containing this genetically modified veterinary drug now as happens in the US under FDA approval?

Will Canadians see higher levels of pesticide and herbicide residues than we already see on our vegetables and fruits as American standards are adopted?

Will we see a proliferation of GMO crops which are dangerous to human and animal health and are producing resistant insect and weed strains, not to mention actually killing the crops themselves? Read More

Nelle Maxey is a grandmother who lives in the beautiful Slocan Valley in south-eastern BC. She believes it is her obligation as a citizen to concern herself with the policies and politics of government at the federal, provincial and local level.