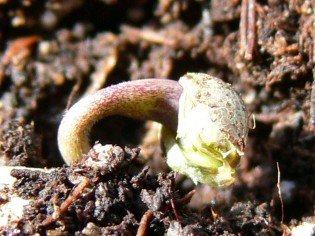 The following article is reposted from www.gaia-health.com and details this latest attack on food freedoms under the name of Codex Alimentarius. Sign the petition here to put a stop to this insanity. In the latest update on this issue from www.nzfoodsecurity.org an analysis of the food bill is given:

In all my years working with the highest International policy levels dealing with environmental management relating to Human System I have never encountered any regulatory document anywhere that even vaguely approaches the detail present in this document. The time taken to draft this cunningly contrived control mechanism would run into hundreds of thousands of person-hours. The cost of drafting anything like this complex control mechanism would be VAST, probably running into the millions of dollars.

The scope of the document is absolutely incredible. It allows for the state to absolutely deploy its full capacity to control even the minutest levels of food and food-related components. If desired, this could even include a food-plan to cover what one might feed a dinner guest along with the associated proscriptions and punishments that might be involved in case of deviations therefrom. I say “allows” because everything and almost any related thing can be “allowed” by the Minister (or not), in addition to the thousands of specific conditions cited.

In New Zealand, the goals of Codex Alimentarius are being implemented at a rate that can only make the technocrats of the US and EU envious. Proposed legislation—thus far sliding through the legislative process like a greased pig—will force controls on food production that can only favor multinational growers and threaten the existence of all small operations. It treats foods as a commodity and eliminates the presumption that people can grow and access their foods of choice.

Rather than being something we all understand and come to comprehend through the learning process that brings us to adulthood, food is redefined. According to the Food Safety Bill, food will no longer simply be “food”, it will become “food and food related products“. Food related products?

With the implementation of Food Bill 160-2, massive new powers, including powers of arrest, will be given to “food safety officers”, who can be members of the private sector. That means employees of Monsanto could be authorized to conduct raids. Worse, they will be given immunity from criminal and civil prosecution for any acts during those raids. Even marae, communal and sacred places, will be subject to their actions. Warrants will not be required so there will be no need for evidence of a crime, meaning anyone could be raided at any time…and there will be no recourse, no matter how egregious their acts.

Codex Alimentarius: The Reason for the Food Bill

They will enforce their control through whatever means they choose—and they will define their arena of control as they choose.

It’s being sold as needed for food safety—but the fact is that any need for such measures exists only because of modern factory farming and factory food production methods. Until their advent, food was simply food. We knew how to take care of it. We knew how to grow it. We knew what was healthy. Now, though, food has been redefined as conglomerations of chemicals, divorced from their original living sources.

And we will soon have no option but to accept it—unless you act now. 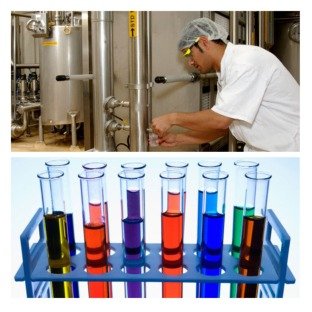 The images on the left were taken from the New Zealand Food Safety Authority website’s home page. They were interspersed with heartwarming food images, like one of a beekeeper, but they reveal exactly how they view food. To the authorities, food isn’t life-giving nutrition, a gift from nature. No, to them food is combinations of chemicals, put together in whatever fashion multinational corporations choose, sterilized and purified, denatured, fortified, and whatever chemicals they try to put into it because their processing has destroyed anything related to the life-giving gifts of Gaia.

Make no mistake about it: The purpose of Codex Alimentarius and its implementation by New Zealand and nearly every other country in the world has nothing to do with our health. It’s all about making the world safe for agribusiness—to give them complete control over what we eat, even to the point of defining what food is, so that nothing can stand in the way of making and increasing their profits. That’s why “food safety officers” will be immune from civil and criminal prosecution. They’ll be above the law, able to walk into your business—or simply claim that your home is a business and walk in—and take whatever they wish, damage whatever they wish, hold you at gunpoint, and arrest you. You will have no recourse.

The Food Bill will affect everyone. As NZFoodSecurity.org says:

It turns a human right (to grow food and share it) into a government-authorised privilege that can be summarily revoked.

It makes it illegal to distribute “food” without authorisation, and it defines “food” in such a way that it includes nutrients, seeds, natural medicines, essential minerals and drinks (including water).

By controlling seeds, the bill takes the power to grow food away from the public and puts it in the hands of seed companies. That power may be abused.

The bill will push up mainstream food prices by subjecting producers to red tape and registration costs.

Growing food for distribution must be authorised, even for “cottage industries”, and such authorisation can be denied.

The Food Bill means that non-Codex-complying producers can be shut down easily – thus it paves the way for the legal enforcement of Codex food regulations. Producers will be denied registration (which is discretionary) if they do not keep to Codex food production rules.

The knock-on effects could include:

NZ Food Security provides a wealth of information on these issues. Please, take a look.