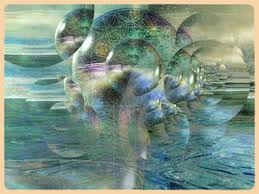 The following is reposted from Dr. Cowan’s newsletter and is the testimonial of a patient of his who reversed his Ulcerative Colitis with the Gut and Psychology Syndrome diet. It just goes to show that the healing power of food and right eating is substantial.

The GAPS (Gut and Psychology Syndrome) diet and low-dose naltrexone continue to be my mainstays for the treatment of any auto-immune disease, such as ulcerative colitis, Crohn’s, Hashimoto’s, rheumatoid arthritis, lupus, and even asthma and eczema. These therapies work in a complementary fashion, the GAPS diet restoring our inner ecology and eliminating exposure to the main proteins (like gluten) that trigger auto-immune disease, while the naltrexone boosts endorphin production, thereby normalizing the immune response. Working with this combination, I have seen many remarkable responses, including the one here.

I was diagnosed with Ulcerative Colitis, a chronic inflammation of the colon, at the age of 25 while living at a Buddhist Meditation Center in Central Massachusetts. The standard, allopathic course of treatment for Colitis is a variety of anti-inflammatory drugs, up to and including strong steroids like Prednisone. These drugs attempt to control the condition by suppressing symptoms, doing nothing to actually treat its underlying causes. The only “cure” for colitis in Western medicine is a colectomy: surgery that removes all or a section of the colon, often requiring an external plastic pouch for the elimination of waste! 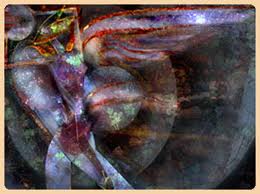 After learning this, I did everything I could to support my body without taking any drugs. I tried so many kinds of alternative medicine that I lost count: from various diets to Chinese herbs, medical Qi Gong and acupuncture; from kinesiology to homeopathy and energy healing; physical therapy, craniosacral therapy, and a few years of good old-fashioned therapy. Though some things helped for a short time, the overall trend was a slow, steady decline of my health as the Colitis got worse and worse.

One autumn a few years after being diagnosed, I hit a low point. I had lost a lot of weight and was passing blood a dozen times a day or more. Then, I lost control of my bowels while standing in the aisle of a grocery store. Mortified, I hurried to the bathroom to try to clean myself. Later that night, I recall lying on the floor of a friend’s apartment, doubled-over in pain, feeling like fire was pouring through an open hole in my pelvic floor.

Despite of all my effort, alternative medicine simply was not working. I saw a G.I. doctor who prescribed Mesalamine, a relatively mild anti-inflammatory derived from aspirin. It worked well for the first year, but then slowly started to lose its effectiveness. Following the trend, my symptoms returned and slowly worsened. When I returned to the doctor, the only thing he could offer was a stronger anti-inflammatory.

I knew where this was going and wanted nothing to do with a crash-course in steroids ending in surgery. By the time a colleague of mine introduced me to Dr. Cowan, I had had colitis for more than four years, and it’s fair to say I was desperate. I would tell friends: “I wish someone could just tell me what to do to get better. I don’t care what it is – I’ll eat cow dung if it works!”

I felt a wave of relief when I met Dr. Cowan. After taking my medical history and a thorough exam, he explained to me in clear, laymen’s terms what was happening in my gut, its most immediate causes, and what I needed to do to get better. He gave me a somewhat daunting packet of information, about half-an-inch thick, detailing his recommended course of treatment. This centered on a radical change in diet, strong probiotics, and health supplements to reduce inflammation and support the body’s healing.

The diet was no small thing. It involved drastic changes in my lifestyle, requiring me to cook almost all of my own food and bring my meals with me wherever I went for the first six months or so. Feeling a mixture of overwhelm and hopeful anticipation, I started that very night. Within 24 hours, I was noticeably better.

Five years later, I am happy to say that I am quite healthy without any Western drugs! I am still on a fairly restricted diet, and I do a lot to take care of my body. However, being healthy again has allowed me to pursue my life’s passion of Buddhist meditation, including spending much of the last two years studying and practicing in Theravada Buddhist monasteries or meditation centers.

The healing process has taken much longer than I ever expected, and continues to this day. Tom, as he’s affectionately called by some patients, has been and continues to be a steady support along the way. He has empowered me to take control of my health, encouraging me to listen to my body and my intuition as I navigate the complexities of living with and healing from a chronic condition.

Ulcerative Colitis is classified by allopathic medicine as being “of idiopathic origin.” This is a fancy way for Western doctors to say something we rarely hear outright: They don’t know what causes it. The word “idiopathic” comes from the Greek ideo, “one’s own, personal, private” plus patheia or pathos, meaning “suffering, disease, feeling.” In other words, “one’s own suffering” or “personal feeling/disease.” Given the neurological connection between our emotions and the digestive tract, Colitis is also understood to have a stress-related, psychosomatic component. Thus, “of idiopathic origin” can be interpreted as: this disease is your own fault, your own problem, and/or your own responsibility.

Reflecting on all of this has been a reminder of mainstream, Western medicine’s shortcomings, as well as of my own responsibility for my health and well-being in this life. In both regards, Dr. Cowan has offered indispensable knowledge, guidance and support.

Click here to cancel reply.
« Killing Diversity – the Pasteurization of Cultures
The Latest Food Safety “Solution” – Pasteurize Everything »
We use cookies to ensure that we give you the best experience on our website.
If you continue to use this site we will assume that you are happy with it.