Is the Skin a Solar-Powered Battery for the Heart? 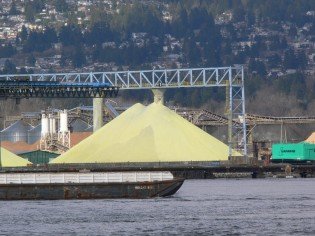 The last Wise Traditions Journal from the Weston A Price foundation contained cutting edge information on sulfur which is a nutrient we never hear much about and which has been getting more attention lately. I was telling some people about how sulfur interacts with the skin to create a solar powered battery for the heart and how important getting sunlight is for our bodies. I haven’t been getting that much sunlight myself lately what with all the rain Vancouver has been getting this year so I am dreaming of a trip to the tropics (which is gonna remain a dream in the forseeable future). I also promised them I’d post about it and then I promptly got caught up in all the millions of things going on in our very exciting world and forgot all about it. Anyway I am finally reposting! I’m just gonna post the section about how vitamin D3 sulfate converts the sun’s energy into chemical energy contained in the sulfur-oxygen bond and where you can get dietary sulfur from, but I highly recommend you read this article about Sulfur Deficiency. It is quite detailed and complicated, but if you scroll down to the bottom of the page you will find short pieces on Sulfur deficiency and Alzheimers as well as how sulfur can protect you from radiation. Exciting stuff — our bodies are so incredible and we just keep finding out more about the intricacies of them.

IS THE SKIN A SOLAR-POWERED BATTERY FOR THE HEART? by Stephanie Seneff, PhD

The evidence is quite compelling that sunny places afford protection from heart disease. A study described in a 1996 issue of QJ Med. provides an in-depth anaylsis of data from around the world showing an inverse relationship between heart disease rates and a sunny climate and a low latitude. For instance, the cardiovascular-related death rate for men between the ages of 55 and 64 was 761 per 100,000 men in Belfast, Northern Ireland, but only 175 in Toulouse, France. While the obvious biological factor that would be affected by sunlight is vitamin D, studies conducted specifically on vitamin D status have been inconclusive, with some even showing a significant increased risk for heart disease with increased intake of vitamin D2 supplements. 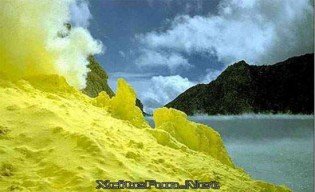 Both cholesterol and sulfur afford protection in the skin from radiation damage to the cell’s DNA, the kind of damage that can lead to skin cancer. Cholesterol and sulfur become oxidized upon exposure to the high frequency rays in sunlight, thus acting as antioxidants to “take the heat,” so to speak. Oxidation of cholesterol is the first step in the process by which cholesterol transforms itself into vitamin D3. Sulfur dioxide in the air is converted nonenzymatically to the sulfate ion upon sun exposure. This is the process that produces acid rain. The oxidation of sulfide (S-2) to sulfate (SO4 -2), a strongly endothermic reaction, converts the sun’s energy into chemical energy contained in the sulfur-oxygen bonds, while simultaneously picking up four oxygen molecules. Attaching the sulfate ion to cholesterol or vitamin D3 is an ingenious step, because it makes these molecules water-soluble and therefore easily transportable through the blood stream. 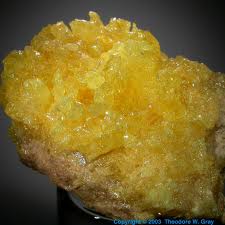 Hydrogen sulfide (H2S) is consistently found in the blood stream in small amounts. As a gas, it can diffuse into the air from capillaries close to the skin’s surface. So it is conceivable that we rely on bacteria in the skin to convert sulfide to sulfate. It would not be the first time that humans have struck up a symbiotic relationship with bacteria. If this is true, then washing the skin with antibiotic soap is a bad idea. Phototrophic bacteria, such as Chlorobium tepidum, that can convert H2S to H2SO4 exist in nature, for example in sulfur hot springs in Yellowstone Park. These highly specialized bacteria can convert the light energy from the sun into chemical energy in the sulfate ion.

Another possibility is that we have specialized cells in the skin, possibly the keratinocytes, that are able to exploit sunlight to convert sulfide to sulfate, using a similar phototrophic mechanism to C. tepidum. This seems quite plausible, especially considering that both human keratinocytes and C. tepidum can synthesize an interesting UV-B absorbing cofactor, tetrahydrobioptin. This cofactor is found universally in mammalian cells, and one of its roles is to regulate the synthesis of melanin, the skin pigment that is associated with a tan and protects the skin from damage by UV-light exposure. However, tetrahydrobiopsin is very rare in the bacterial kingdom, and C. tepidum is one of the very few bacteria that can synthesize it.

Another highly significant feature of skin cells is that the skin stores sulfate ions attached to molecules that are universally present in the intracellular matrix, such as heparan sulfate, chondroitin sulfate, and keratin sulfate. Furthermore, it has been shown that exposure of the melanin-producing cells (melanocytes) to molecules containing reduced sulfur (-2) leads to suppression of melanin synthesis, whereas exposure to molecules like chondroitin sulfate that contain oxidized sulfur (+6) leads to enhancement of melanin synthesis. Melanin is a potent UV-light absorber, and it would compete with reduced sulfur for the opportunity to become oxidized. It is therefore logical that, when sulfur is reduced, melanin synthesis should be suppressed, so that sulfur can absorb the solar energy and convert it to very useful chemical bonds in the sulfate ion.

The sulfate would eventually be converted back to sulfide by a muscle cell in the heart or a skeletal muscle (simultaneously recovering the energy to fuel the cell and unlocking the oxygen to support aerobic metabolism of glucose), and the cycle would continually repeat.

Why am I spending so much time talking about all of this? Well, if I’m right, then the skin can be viewed as a solarpowered battery for the heart, and that is a remarkable concept. The energy in sunlight is converted into chemical energy in the oxygen-sulfur bonds, and then transported through the blood vessels to the heart and skeletal muscles. The cholesterol sulfate and vitamin D3 sufate are carriers that deliver the energy (and the oxygen) “door-to-door” to the individual heart and skeletal muscle cells.

Today’s lifestyle, especially in America, severely stresses this system. First of all, most Americans believe that any food containing cholesterol is unhealthy, so the diet is extremely low in cholesterol. Eggs are an excellent source of sulfur, but because of their high cholesterol content we have been advised to eat them sparingly. Second, as I discussed previously, natural food plant sources of sulfur are likely to be deficient due to sulfur depletion in the soil. Third, water softeners remove sulfur from our water supply, which would otherwise be a good source. Fourth, we have been discouraged from eating too much red meat, an excellent source of sulfur-containing amino acids. Finally, we have been instructed by doctors and other authoritarian sources to stay out of the sun and wear high SPF sunscreen whenever we do get sun exposure.

Another significant contributor is the high carbohydrate, lowfat diet, which leads to excess glucose in the blood stream, which glycates LDL particles and renders them ineffective in delivering cholesterol to the tissues. One of those tissues is the skin, so skin becomes further depleted in cholesterol due to glycation damage to LDL.

References for information are also given on the Weston A. Price foundation website.