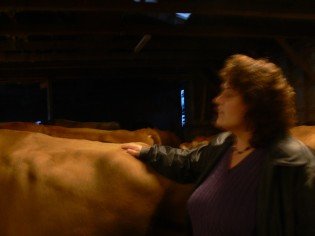 This letter was sent to the Editor of Burnaby Now, to set straight some of the disinformation that Fraser Health has been slinging about in order to strike fear into our hearts of good, local, homegrown raw milk. The tactics that are uncovered here are very typical of the techniques that have been used by the USDA and the CDC in the USA in order to shut down small farms.

In recent coverage about Alice Jongerden’s challenge to the raw milk law, what the provincial health officer has to say is quite different than what he was saying a year ago.

Then, Dr. Perry Kendall pretended that some poor little waif was lying in a hospital bed, sickened from drinking raw milk. But he isn’t spinning that yarn anymore. Not after I demanded via Freedom of Information that he substantiate his allegation. He was forced to admit, on official stationery: “I have no nominal case information on the child whose illness prompted investigation by Fraser Health Authority.”

Dr. Kendall maintains that unpasteurized milk is dangerous. But now he points to it having caused serious outbreaks of illness in other jurisdictions. Last year he pronounced that there were “many many many many instances of people getting sick from drinking raw milk” (direct quote: four “manys”) as though those cases had happened in British Columbia. He’s changed his tune after I put in a Freedom of Information request for such records, and the Health Ministry couldn’t come up with even one!

The smear campaign against our dairy, perpetrated last year by Dr. Kendall and ventriloquist dummies from the B.C. Centre for Disease Control, was a made-for-newsmedia production, alleging that the crackdown and testing was triggered when an 18-month-old child who consumed raw milk from Home on the Range dairy suffered gastrointestinal illness and that a lab test had shown raw milk from our dairy was unfit for human consumption because the bacteria counts were so high. Which necessitated seizing our private property and dumping perfectly good food down the sewer. 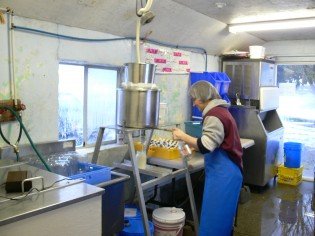 Had there been one iota of real evidence indicating our milk had harmed someone, it certainly would have been entered when Fraser Health went to court for an order to shut us down. But it wasn’t … because what they alleged never actually happened.

Dr. Kendall and Dr. Carsley of the B.C. Centre for Disease Control never told the whole truth – i.e. that the samples of raw milk they’d seized had been handled contrary to the law. The very people who say they know better than we do what we ought to eat bungled the task, stipulated at section 58 (2) (q) of the Milk Industry Act Standards Regulation. Thus, the lab results purported were so badly skewed they’re irrelevant.

There is another – ominous – side to this matter.

I was so disgusted with the government condoning this corporation breaking the law, meanwhile pillorying us, that I started preparing to lay a private information against its directing mind. What did my wondering eyes behold? Fraser Health is exempt from Section 5 of the Offence Act. Meaning: A health authority has the powers of a natural person, yet they’re categorically above the law.

The health authorities devour enormous amounts of our taxes. They have too much control over our lives via the personal information at their disposal.

If unrestrained by the laws the rest of us must abide by, then these Orwellian swine are monsters loose in the land. I urge those who care about good government to put pointed questions to your elected representatives as to who came up with the idea that health authorities would be given such very special status? And why?

Click here to cancel reply.
« Distillery Dairies – Factory Farm History 101
Grain-Free Tuesdays 2 »
We use cookies to ensure that we give you the best experience on our website.
If you continue to use this site we will assume that you are happy with it.