Babies are born Dirty, with a Gutful of Bacteria 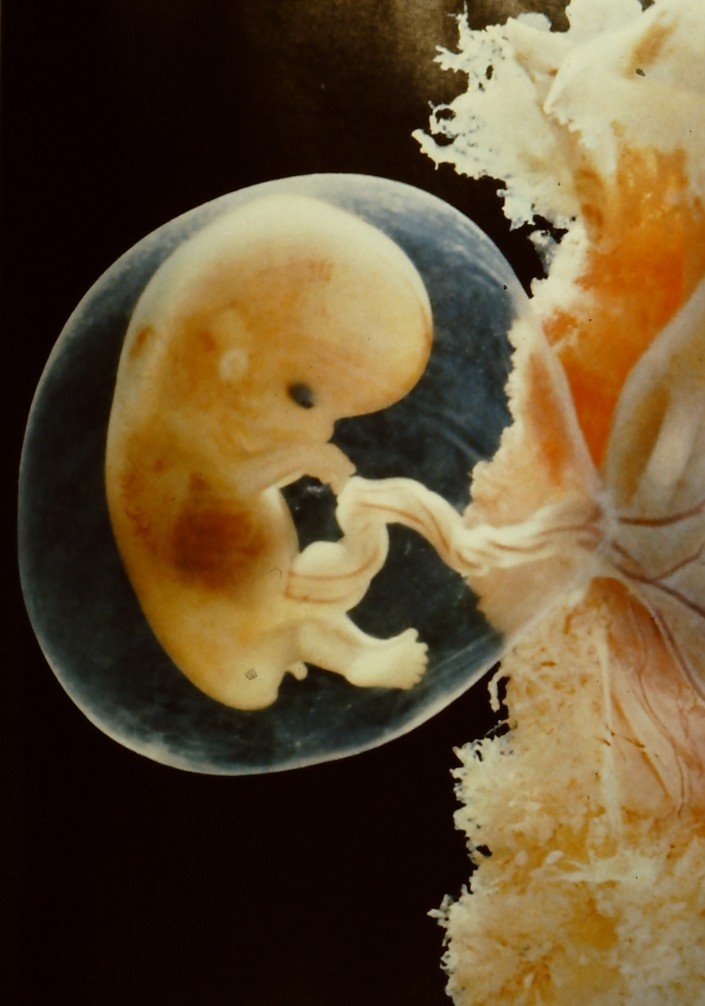 I am reposting this article from this website where the whole article is shared. It is still the general opinion that babies are born sterile and only come into contact with microbes as they are born, via the vagina and then the skin they come in contact with. But there is more and more proof that babies grow with microbes in the uterus. Studies have shown the amniotic fluid is not sterile, they’ve found microbes in the umbilicus and they’ve found merconium has bacteria in it too!

Babies are born dirty, with a gutful of bacteria

It has long been assumed that the fetus lives in a sterile world, protected from the countless bacteria that fill its mother’s gut and cover the surface of her body. A baby’s first gut flora was thought to be collected at birth – either from the mother’s vagina or from the environment it is born into. But it’s time for a drastic rethink: it appears that we are in fact born dirty – bacteria colonise our guts in the womb, where they begin to shape our immune systems and influence our risk of disease. What’s more, this collection of bacteria, or microbiome, could eventually be manipulated to ensure a baby is given the healthiest start in life.

Some of the first evidence that mammals might begin to develop a microbiome before birth came from studies in mice published four years ago.

Esther Jiménez and her colleagues at the Complutense University of Madrid, Spain, labelled bacteria with a genetic marker and fed milk containing them to eight pregnant mice. The mice then had their offspring delivered by caesarean section in a sterile environment, one day before they were due to give birth. Each newborn had its meconium – its first faeces, normally passed within the first few hours of life – collected at the same time.

Jiménez’s team found the labelled bacteria in the pups’ meconium, suggesting the bacteria had transferred from the mother’s gut to that of the fetus during pregnancy (Research in Microbiology, DOI: 10.1016/j.resmic.2007.12.007).

Now, mounting evidence suggests the same thing is happening in humans. Pilar Francino and her colleagues at the University of Valencia in Spain collected and froze the meconium of babies from 20 women. They removed the outer layers of each sample to rule out any bacteria picked up after birth, then looked for bacterial DNA.

The team not only identified bacteria in the babies’ meconium – which before then was thought to be sterile – they found bacterial communities so developed that they seemed to fall into two categories. Around half of the samples appeared to be dominated by bacteria that produce lactic acid, such as lactobacillus, while the other half mostly contained a family of so-called enteric bacteria, such as Escherichia coli.

Elisabeth Bik at Stanford University in California is impressed. “Previous techniques probably weren’t sensitive enough to pick up this bacterial DNA,” she says. “Meconium is a tar-like substance and it’s very hard to extract DNA from. Freezing it was a brilliant idea.”

Since microbiomes can influence our risk of disease, Francino’s team checked up on the health of the infants at 1 year of age, and again at 4. The group were surprised to find that infants born with more lactic acid bacteria were significantly more likely to develop asthma-like symptoms, while those born with more enteric bacteria were at a greater risk of eczema.

These first bacterial communities also appeared to be linked to the mothers’ lifestyles. All of the university-educated women in the study gave birth to babies with a lactic acid bacteria-dominated microbiome, while the majority of women who had not been educated beyond age 12 had babies whose guts were dominated by enteric bacteria.

The researchers are not yet sure how the bacteria find their way from mother to fetus, but it is likely that the bugs transfer via the placenta. Bacteria have previously been spotted in blood taken from the umbilical cord, which connects the fetus to the placenta (Current Microbiology, DOI: 10.1007/s00284-005-0020-3).

While the findings need to be confirmed, they suggest that a pregnant woman can influence the makeup of her baby’s microbiome before it is born. This could be the best time to do so – the first bacteria to colonise the gut are thought to influence the bacterial species that follow it.

Having the right kind of bacteria in your gut is worth working for. Altered microbiomes have been linked to a host of disorders, from irritable bowel syndrome to obesity. They could even have an effect on personality and autism.

“My view is that the first bacteria are very likely to influence the development of an infant’s gut and immune system,” says James Kinross, a surgeon at Imperial College London who researches the gut microbiome.

“If we are able to define which bacteria are the most important early on, and which have implications for later health and immune disorders, then we could try to make sure the bacteria are there before the fetus is born,” says Francino. One way pregnant women might be able to do this is by making diet and lifestyle changes, she adds.

It might also be possible to study a newborn’s meconium to predict which disorders he or she is likely to develop. “I could see this happening within my clinical lifetime,” says Kinross. Francino reckons that doctors could attempt to alter the course of such disorders by identifying the missing bacteria and administering probiotics to replace them.

First, though, doctors will have to come to terms with the fact that we are born with our own set of bacteria.

“Standard medical teaching is that the fetus is sterile,” says Kinross. “The notion that gut development is influenced by maternal bugs will come as a shock. It’s a completely new way of thinking about human disease.”

Bugs in your personality

The bacteria that line our intestines are known to be vital for health – but they may influence personality, too.

The latest research suggests that a healthy gut flora is necessary for normal behaviour. Mice bred in sterile environments to lack a microbiome tend to behave rather strangely, says Stephen Collins at McMaster University in Hamilton, Ontario, Canada. “They’re uninhibited, and have impaired learning abilities,” he says. Transferring a regular mouse’s gut bacteria to such mice returns their behaviour to normal.

Collins’s team extended this experiment by swapping the gut bacteria of two strains of mice. One strain of Swiss mouse is known to be aggressive, tending to bite its handlers. So-called BALB/c mice are gentler and much more friendly.

When the group took gut bacteria from the faeces of Swiss mice and fed them to germ-free BALB/c mice, the good-natured mice acted more aggressively. Correspondingly, feeding Swiss mice bacteria from a BALB/c mouse made them less aggressive.

When the group analysed the brains of each strain, they found that the bacterial transplants had triggered changes in levels of a brain protein involved in mood and anxiety (Gastroenterology, DOI: 10.1053/j.gastro.2011.04.052).

“Gut bacteria produce chemicals that act on the brain,” says Collins, who thinks the finding may help explain why chronic gut conditions in people are often linked to mood disorders.

With the discovery that maternal bacteria may reach a fetus (see main story), the finding hints that a baby’s behaviour could be influenced in the same way. “A personality is a really complicated thing,” says James Kinross, a surgeon at Imperial College London who researches the microbiome. “What makes you you is not simply down to bugs, but they may well play a part in our personality development.”