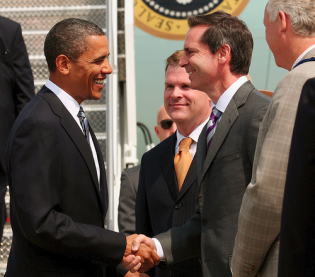 I recently posted an article about the plethora of studies proving that cultivating beneficial microflora is the best way for humans to live forever without disease. Ok, well maybe not forever, but humans can easily live past 120 with full sexual vigor, sprightly bodies and sharp mental capacities when they have a gut full of probiotics helping to absorb minerals while breaking down carbohydrates and manufacturing vitamin Bs left and right (just a few of the things they do). Over and over again it is demonstrated that humans are actually a symbiotic system. By sanitizing and poisoning our world we are killing ourselves and poisoning our children. It is pure stupidity.

Just think about the mentality of the whole situation. Getting in such a huff over a few hundred raw milk-lovers is childish enough of Big Industry. But then they take it a step further and manipulate the US and Canadian governments into having fully armed temper-tantrums in food-clubs and farms. They are so pathetic they have to cheat to win as well. You have to agree it is one of the most bizarre twists of reality humanity has come up with yet. Have a look at this bacteria scanning machine and then tell me I’m not making any sense. 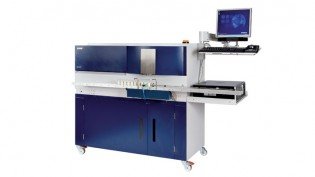 An uncompromising approach to milk analysis

Because the BactoScan FC counts all bacteria as single cells and not clusters it gives a uniform high performance with accuracy, repeatability and reproducibility of results. Unlike methods such as the plate counting method, BactoScan FC cannot be influenced by the operator and it can analyse raw milk samples directly without prior heating or dilution, which can affect precision.

Oh wait…. What? Did you see that date there? How long has this machine been around for? So this means raw milk can actually be measured on the spot for a complete bacteria count? So in reality if we just used technology we already have we could eliminate any risk at all from consumption of raw milk, saveing all the money we are spending on spying and terrorizing local community dairies?

I am honestly so sick of this bullshit about raw milk coming from the USDA, FDA, CDC, Health Canada, Canadian government etc. I don’t think the system can change the direction it is going, and I agree with the woman who mentioned on the Bovine an idea to do a hunger strike relay for Michael Schmidt. You can’t last that long, the Egyptian Coptic Maikel Nabil was recently taken to a mental institution on day 60 of his hunger strike.

I hope that everyone will join us on Wednesday the 2nd of November at New Westminster courthouse at 9:00 am when Michael Schmidt is in town to face contempt of court charges related to the “Our Cows” cowshare farm, of which he is the agister. Please come join us and defend your freedom to choose how your own food is raised, cared for and prepared and show your support, or Michael Schmidt will be the last of a dying breed of honest, genuine and generous small-scale traditional farmers.

More information on our symbiotic relationship with micro-organisms:

Click here to cancel reply.
« Local // Global #Occupy Truffles
Homebaked Halloween »
We use cookies to ensure that we give you the best experience on our website.
If you continue to use this site we will assume that you are happy with it.