Letter to BC Hydro requesting removal of wireless smart meters 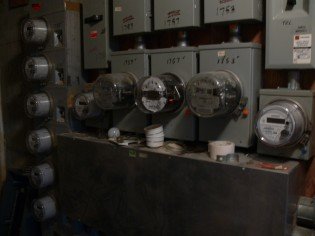 On December 18th 2011 we had 8 smartmeters installed just under the room I have been using to do my biodynamic craniosacral therapy sessions in. It is really disappointing to have these imposed on us especially after we specifically requested that they at least cable them. As my readers know I have issues with electro hypersensitivity which has slowly been improving with the GAPS diet and eating heaps of probiotics, having 8 extra wireless devices installed just under my room is not really a helpful situation at all.

These devices interfere with cellular communication is very unhelpful, both to my health and in practicing my work, which is resonating on very specific levels with my clients. The other day when I was down in the room with the smartmeters taking the above photo my heart was beating wildly and I immediately had diarreah that night, which was chronic all night until I ate yogurt in the morning. I could go on and on here, but I better not. I am posting the following letter we wrote to BC Hydro and we’ll post their response as soon as we get it:

I've said over and over again that our leaders are literally insane because they are infested with parasitic microorganisms (similar to this parasitic fungi that brainwashes ants). Now we are seeing the true depths of their blind madness. They are so obsessed with controlling everything they can't s ...

Just recently we got wired. We had been using wireless networks for the past 4 years or so without realizing how dangerous and damaging these frequencies could be. It is interesting to look back and realize that my health dramatically deteriorated when we moved from the remote Catskills to Vancouver ...