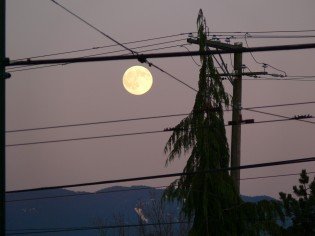 The longest day of the year is actually one of my favorites if I am in the North or South hemispheres, as I know the days are gonna get longer and sunnier from here on out. It has been a recent thing for me to get involved in these cycles of nature, so I am still trying to figure it out. I have learned that taking lots of cod liver oil is a big help for me in these dark months as I have a tendency to get down without enough sunlight (vitamin D). The last 4 years have been quite a learning curve as I have had to have a winter once a year–something I only had to experience when living in NZ before (I was on the North Island so they weren’t very serious).

As a rule, I prefer to have a winter once every 3 to 5 years, but I met a wild and earthy Norwegian girl earlier this year who gave me a different perspective on this dark season, so I’ve decided to try to get into it. As it turns out the Winter Solstice is the traditional date of the Yule festival of my Scandinavian ancestors. It was a time to begin the feasting of Yuletide with a big log burning in the fireplace and the feasting going on for 12 days. Therefore, I have a salmon all coated in dill, salt and honey curing in the fridge at the moment for a winter solstice gathering tomorrow afternoon before we head out to the lantern festival in Chinatown.

I also want to give my house a good cleaning to welcome the return of the light. We have already had some good omens…we won our first lotto tickets the other night at a Christmas party! That is the first time I ever won something so I feel it is a signal of the good luck that is coming our way. Although the world seems on the bring of several different types of disasters, I have a feeling this lunar eclipse and 2011 will bring us all good surprises. (Check out this very interesting article about this date, is this the day the Mayan cycle changes instead of in 2012?)

Around the world indigenous cultures celebrate this day–in New Zealand, for example, it comes in around June 20th with the rise of the Mataraki (Pleiades).

This constellation was very important, it heralded change from a time of want to a time of promise and plenty. Its first sighting in the sky was an emotional occasion, women would lament for those who had passed, or begin a three day festival of celebration.

The common theme in indigenous celebrations around the world is the birth of the sun god (or goddess) by the sacred mother. This year is a particularly potent re-birthing because of the full moon and the lunar eclipse which also fall at this time. Lunar eclipses are also traditionally associated with re-birthing and purification. It is always a time of feasting, family, socializing and lights.

According the Chinese I Ching this is the time of Return—Fu–or the turning point, Hexagram 24:

The Sequence
Things cannot be destroyed once and for all. When what is above is completely split apart, it returns below. Hence there follows the hexagram of Return.

Return. Success.
Going out and coming in without error.
Friends come without blame.
To and fro goes the way.
On the seventh day comes return.
It furthers one to have somewhere to go.

The time of darkness is past. The winter solstice brings the victory of light….After a time of decay comes the turning point. The powerful light that has been banished returns. There is movement, but it is not brought about by force. The upper trigram, K’un is characterized by devotion; thus the movement is natural, arising spontaneously. For this reason the transformation of the old becomes easy. The old is discarded and the new is introduced. Both measures accord with the time; therefore no harm results. Societies of people sharing the same views are formed. But since there groups come together in full public knowledge and are in harmony with the time, all selfish separatist tendencies are excluded, and no mistake is made.

The idea of Return is based on the course of nature. The movement is cyclic, and the course completes itself. Therefore it is not necessary to hasten anything artificially. Everything comes of itself at the appointed time. This is the meaning of heaven and earth.

The winter solstice has always been celebrated in China as the resting time of the year–a custom that survives in the time of rest observed at the new year. In winter the life energy, symbolized by thunder, the Arousing, is still underground. Movement is just at its beginning; therefore it must be strengthened by rest, so that it will not be dissipated by being used prematurely. This principle, i.e., of allowing energy that is renewing itself to be reinforced by rest, applies to all similar situations. The return of health after illness, the return of understanding after an estrangement: everything must be treated tenderly and with care at the beginning, so that the return may lead to a flowering.

“It furthers one to have somewhere to go,” means that it is a good idea to undertake something.

Applied to Character Formation:
Return is the stem of character. Return is small, yet different from external things. Return leads to self knowledge. The hexagram counsels turning away from the confusion of external things, turning back to one’s inner light. There in the depths of the soul, one sees the Divine, the One. It is indeed only germinal, no more than a beginning, a potentiality, but as such clearly to be distinguished from all objects. To know this One means to know oneself in relation to the cosmic forces. For this One is the ascending force of life in nature and in man. From The I Ching translation by Richard Wilhelm

The winter solstice this year for people on the West Coast falls on December 21st in the afternoon, the full moon peaks on December 21st around midnight and the total eclipse of the moon begins around 11:30 pm and ends around 2:00 am. The skies look clear at the moment so I hope to be able to see the eclipse soon. I better hurry up and get this posted and hope you are all have a great Winter Solstice!

Click here to cancel reply.
« Ubuntu Vancouver Maverick Meerkat Party
Full Moon Detox Potluck »
We use cookies to ensure that we give you the best experience on our website.
If you continue to use this site we will assume that you are happy with it.