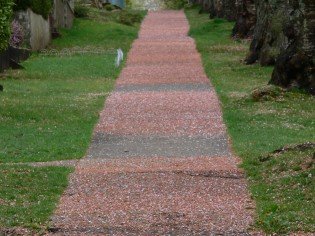 “There are numerous ways in which the body rids itself of harmful materials, metabolic products and radiation. The liver, kidneys, intestine, skin, lungs — all work in concert to rid us of everything harmful and superfluous. Anything that strengthens these organs is also strengthening the capacity of the body to detoxify itself.” p146 Moon Time: The Art of Harmony with Nature and Lunar Cycles

Spring Equinox is behind us and we are hurtling full speed into the year already. Spring is always a good time to do some detoxing! Spring came early to Vancouver this year, and if you ever start the GAPS diet just remember that it is important to do whatever you can to help your body detoxify–I have been doing a lot of detoxification lately! As most of you know by now, I have been having various health issues ever since a run-in with mold in New Zealand in 2005. Last year my condition just seemed to get worse and worse despite all of the good things I was doing food-wise, what with eating broth and fermented foods and whatnot. It could also have to do with moving from NZ to North America, and other things, since a recent hair analysis test showed high levels of pesticides in my body. I was at the point where, every 7-10 days I would get into a cyclical vomiting cycle in which I couldn’t eat or drink anything and I would just be vomiting or dry-heaving all day with a headache and shakes. It was pretty awful and made it rather hard to get any kind of regular schedule because of the unpredictable nature of this problem.

Finally, I began to find some things that helped me in these conditions, bentonite clay was a life saver. If I was just able to drink a little of that when it all began I could usually avoid the never-ending vomiting cycles (the worst was a 3 day bout last Easter-nightmare). Baths are also very helpful. Towards the end of the year I had an opportunity to discuss these problems with Harvest McCampbell (by the way she has put together a wonderful resource: Food Security and Sustainability for The Times Ahead, which I highly recommend). She gave me a simple but powerful suggestion–if these things helped, perhaps I should do them regularly so that my toxins didn’t have a chance to build up to the point where I was so overloaded my body just had to do whatever it could to get rid of them (cyclical vomiting-yuck!). All of these things came together recently and as a result I have found ways to make various of these detoxification methods part of daily healing rituals.

Since we began the GAPS diet in February we have found that staying on top of various detoxification habits has been key in allowing us to function and helps incredibly. Some of the methods that I have found particularly helpful are:

Periods of cleansing or fasting are incorporated into nearly every tradition to some extent. Rituals of healing and cleansing have been very important in mankind’s history and it is good to recognize that we need to make a place for these rituals in our modern lives. In fact, it is obviously important than ever in our modern world that is overloaded with industrial chemicals and whatnot.