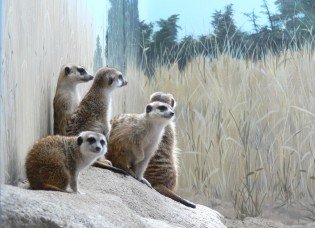 The Ubuntu community in Vancouver are an energetic, unique and friendly bunch. Although a group of people coming together around a computer operating system might sound rather boring, this is an incredibly revolutionary movement. Contrary to even my own expectations, I am always impressed with the amount of fun this community has together.

As I was telling a friend last night: it must be the open-source nature underlying the movement–which actively encourages and seeks out feedback–that makes it so accepting and enjoyable. Many of the local community groups that I have gotten involved with, including community gardening and other grass-roots movements (where you might think we would be more likely to get away from petty power-plays–myself included) often get stuck in that old-school hierarchical model passed down to us from rigid institutions. If anyone is feeling nervous about taking the plunge and putting Ubuntu onto their computer, I can assure you that there is a vibrant network here in Vancouver that is eager to support you in whatever way they can and that you will not regret it.

A few examples of the Local Ubuntu Vancouver group’s activities include Treat Tuesday once a week at different yummy restaurants around the city, A Cup of Ubuntu where we get together for a cup of coffee or tea and some casual conversations, a monthly Support Saturday and a grande party every time a new release of Ubuntu arrives. The latest party, on December was celebrating the release of Meerkat, and you may be surprised to see no sign of any computers in this newly released video.

I have been running Ubuntu on my mom’s old computer for about two years and things just keep getting better. Mom was about to throw away her computer in disgust and despair as it was constantly crashing and causing all kinds of trouble, I simply installed Ubuntu and it was running better than new. This is FREE, simple and there is a great, friendly, fun and international group of people eager to help you out here in Vancouver. Please check out this video and join the Local Vancouver Ubuntu Meetup group to get involved.

Click here to cancel reply.
« Dumb Blonde Goes to Asilah
The Turning Point – Winter Solstice 2010 »
We use cookies to ensure that we give you the best experience on our website.
If you continue to use this site we will assume that you are happy with it.