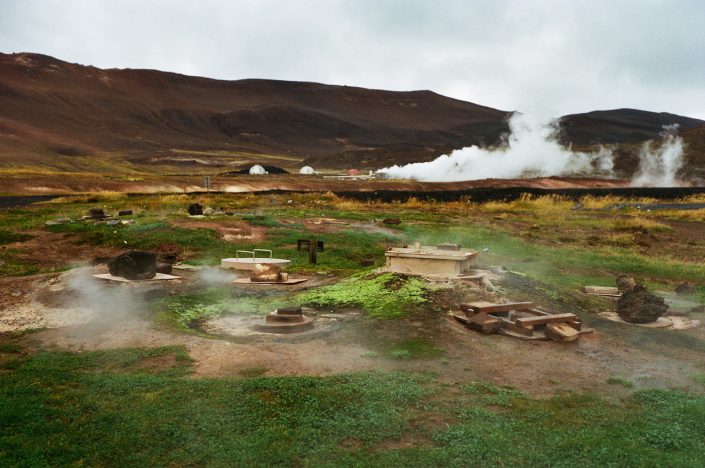 Like many people I’ve rather an obsession with hot-springs, especially wild unadulterated hot-springs. Took long enough but finally a curiosity popped into my head wondering if people cooked in hot-springs traditionally. So of course they did, in fact they still are. Here is one example of a continuing delicious tradition:

Rúgbrauð is an Icelandic straight rye bread. It is traditionally baked in a pot or steamed in special wooden casks by burying it in the ground near a hot spring, in which case it is known as hverabrauð or “hot-spring-bread”. Modern rúgbrauð is usually made in a square baking pan. The bread is crustless, dark and very dense, usually rather sweet, and keeps for a long time. It is often served with butter, mutton pâté, hangikjöt (smoked lamb), or with pickled herring. Dry rúgbrauð would be ground and mixed with buttermilk to form a kind of porridge. Stale rúgbrauð is often soaked, then made into brauðsúpa (bread soup) – that is, simmered with raisins and flavorings (usually lemon) and served hot with whipped cream as a dessert.

Excessive consumption of this bread is said to cause flatulence, earning it its nickname þrumari which roughly translates as “thunderbread”.Source: Wikipedia

Here’s a fun blog from Recipe for Adventures where she explores Iceland’s Golden Circle:

We stopped at Geysir, sometimes called The Great Geyser, which is the oldest geyser in the world and the etymology from which the English word geyser originates. The area surrounding Geyser is rich with geothermal activity and is one of the main areas which bakes the traditional Icelandic rye bread using geothermic heating.

Turns out bread isn’t the only thing cooked in hot-springs in Iceland. They make a great place to boil eggs as well: 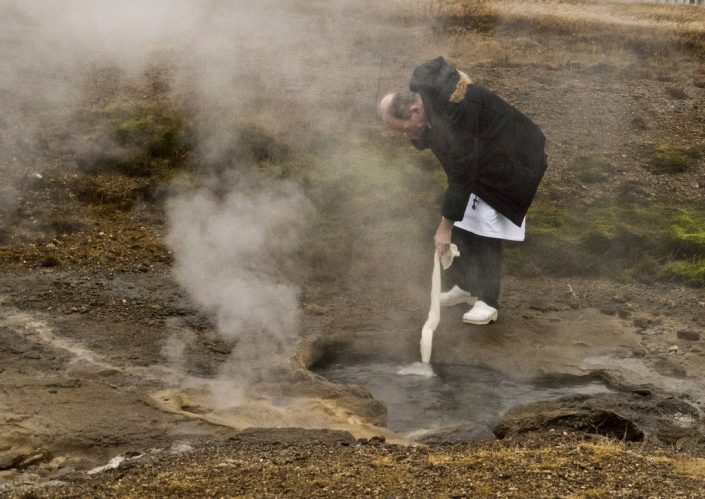 And if you would love to go and see and taste it for yourself! Check out this company’s Rye Bread Experience.

Click here to cancel reply.
« Dendrotherapy and the Energy of the Siberian Cedar
Female Self Perspective – Venus Figurines »
We use cookies to ensure that we give you the best experience on our website.
If you continue to use this site we will assume that you are happy with it.