Praise for The Keeper 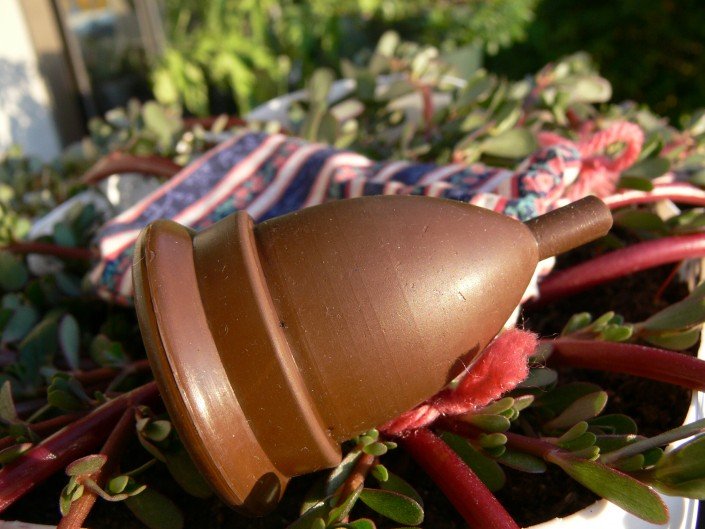 The Keeper is sustainable and affordable for the modern menstruating woman.

I’ve been trying to remember the exact details of how I first heard about The Keeper, I have a distinct memory of being in a women’s bathroom in the huge central library of our college campus and seeing information recommending The Keeper scratched into the door. I had just read about it in a women’s magazine and had thought it sounded like a really useful product, so I took this bathroom recommendation seriously.

I was a student at the time and could barely afford to buy tampons each month (tampons and pads are absurdly expensive as well as being environmentally damaging and not very good for your body), it was 1994 and at that time I think the price for The Keeper was around $20 so I bought a couple to try out.

It was perfect timing as I was going overseas on a study abroad program and I ended up absolutely flat broke. If I hadn’t had The Keeper at that time I don’t know what I would have done every month — locked myself in the bathroom for three days I guess :-).

A couple years later, when I had a bit of money I bought a few more for my sisters and a couple of my friends. All I heard back was complaints of how it hurt and was too big or they couldn’t get it out, I started to feel embarrassed that it worked so well for me and stopped talking about it. I later discovered that they had mostly had problems with the little bit at the end for gripping and removing the cup. Either they had cut it off completely, making it very difficult to remove, or they hadn’t cut off any of it and the end was too long and hurting them by sticking out too far. 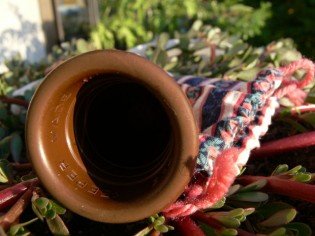 I have found The Keeper is very useful especially when traveling in third world countries when you have to use a squat pot. Discarding a used tampon or pad in those conditions was always a pain, and environmentally unfriendly. The Keeper also provides a great receptacle for collecting your rich menstrual juices. Menstrual blood is a great fertilizer for indoor potted plants, and it is great to know that your fluids are going back into the cycle of life, providing nutrients for your plants. This is a much more connected way to interact with your environment as opposed to knowing that your used tampons or pads are only creating unnecessary trash and pollution.

The only bad experience that I have had with The Keeper was when I was searched at the border when taking the bus from Seattle to Vancouver, BC. It was Memorial weekend and a busy one for the border guards. I didn’t realize that the immigration officer that was interviewing me was a young guy who was training in a new officer. I was at the end of the line and he searched me as part of the training. Unfortunately the training officer came across my Keeper cup tied up in it’s little bag. I do confess I saw him opening the bag and didn’t try to stop him as I was pretty annoyed with the whole situation. He pulled out the cup and was holding it up looking at it from every angle. Finally he asked me “What is this?” I tried to keep a straight face as I replied “You don’t want to know.”

His face turned a bright red as he realized what he was holding and he grabbed my passport, bank book and anything else he thought might be important, he told me to pack up my bags. He marched off with my documents to get my criminal record checked. I had to go sit in the back room to wait. There were about 5 other people in the room with me waiting for their criminal checks to go through. I sat down. In a couple minutes the macho young Immigration officer returned and pulled me aside. He gave me a bus ticket return slip and said “We are sending you back.”

I was surprised, I have never had problems at any boarder – I’m a missionary kid, we don’t get problems at boarders, my sister used to smuggle pet mice from Malaysia to the USA in her fanny-pack. He kept asking me if I understood why I was being turned back from Canada. I kept telling him that I didn’t. I went back and sat in the room for another ten minutes until my documents were returned. All of the other people in the room, once their criminal check cleared were allowed to continue to Canada, even though I was cleared I had to go back. 🙁

I was so surprised by all this and stressed out that I didn’t make the connection until the Immigration officer who was giving me back my documents was clearly training the same guy the young macho officer had been training. When I was back on the bus to Seattle, and had some time to think about it, I could see that my mistake was embarrassing the young officer in front of a new trainee. All of this to say, be careful where you pack your Keeper!

The Keeper’s price hasn’t gone up much over the last 14 years, it is only $35 plus $2 for shipping. I have just recently replaced my first Keeper. I used it for about 15 years, it cost me about $25. It’s probably saved me more than $1,000. I have had no problems with it.

This brilliant company also now produce The Moon Cup, which is made out of silicon for people who are allergic to latex (The Keeper is rubber), it is the same price.

This is, as they say on their site a revolutionary product which is sustainable as well as good to our bodies and pocket-books. Highly recommended.

Menstrual Products for the Frugal, Ecologically Conscious Woman
Museum of Menstruation
Glad Rags
Well Timed Period
Tampon Safety
Toxic Shock How Safe are Feminine Hygiene Products
www.divacup.com/Another great menstrual cup with some history as well. The first ones were made in the 1930s.
Tampon Alert

How to Use a Menstrual Cup – More DIY How To Projects

Click here to cancel reply.
« Mishka’s Tapeworms
Kombucha – Harbinger and Safety Net »
We use cookies to ensure that we give you the best experience on our website.
If you continue to use this site we will assume that you are happy with it.