Hyperactivity and Wi-Fi in Schools 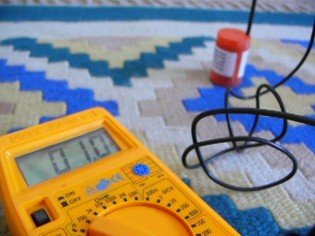 I recently discovered this comprehensive article on the damage wireless networks do to humans and children in particular while checking out this website about a city in New Zealand (Nelson) and their struggle to ban a celltower that Telecom wanted to install right next to a school. They may have had some success in not getting it installed right next to the school. Instead Telecom has decided to punish the citizens of the town for their complaints by installing it in the middle of a residential district. Here in BC this issue is being relatively ignored. We have a building covered in cell antennas just across the street from our house. A couple blocks away from this building is a school. A couple months ago I borrowed a gauss meter from BC Hydro and took it for a walk. I discovered high levels of EMFs coming from all of the homes in the alley directly perpendicular to the building with all the cell antenna and got incredibly high readings. I was wondering why until I heard an interview with Sam Milham, MD, MPH (Pioneer in studying electromagnetic factors in health and author of “Dirty Electricity: Electrification and the Diseases of Civilization.”) posted on www.electromagnetichealth.org where he explains how this happens. 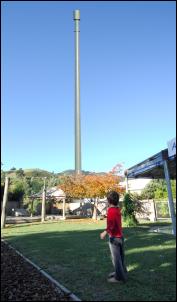 Most of the damage done by digital telecommunications is not due to heating but by the electrical effect their pulsating signals have on living tissues, which occurs at much lower energy levels.

The human body can act as an antenna and the signals make electric currents flow through it in time with the pulsations. It is this that does the bulk of the damage by destabilising the delicate membranes that surround each cell and also divide it into internal compartment such as mitochondria (the energy factories of the cell) and the lysosomes (the cell’s recycling factories).

All of these membranes are just two molecules thick and have a similar basic structure. They are liquid crystals, made largely of negatively charged molecules (which repel one another) stabilised by divalent positive ions (mostly calcium) that sit in between them by mutual attraction and hold them together like mortar holds together the bricks in a wall.

It was first shown by Bawin et. al. in the 1970s that weak amplitude modulated radio waves, where the strength of the signal rises and falls at low frequencies, could remove some of this calcium from brain cell membranes. This destabilises them and make them more likely to leak. The low frequency pulsations of Wi-Fi and mobile phone signals can be expected to behave in much the same way.

This is important in the brain because the normal function of brain cells depends on the controlled passage of specific ions through their membranes. When these membranes leak, ions flow through them in a relatively uncontrolled way, which results in brain hyperactivity and may cause attention deficit hyperactivity disorder (ADHD) in some people. When this occurs in the brain of a foetus or very young child it prevents normal brain development, which may result in autism (see http://mcs-america.org/june2011pg2345.pdf ). Wi-Fi should therefore be considered as an impediment rather than an aid to learning and may be particularly hazardous for pregnant teachers.

Effects on the peripheral nervous system are equally damaging since hyperactivity here causes false sensations such as pain, heat, cold, and pins and needles in some people (i.e. symptoms of electromagnetic hypersensitivity). Hyperactivity in the cells of the inner ear can cause tinnitus and affect the sense of balance causing dizziness and symptoms of motion sickness, including nausea. Pupils showing any of these symptoms should be treated with sympathy and the Wi-Fi switched off.

Many other effects on health can be attributed to membrane leakage, including damage to DNA due to the release of reactive oxygen species (ROS) from mitochondria, and digestive enzymes from lysosomes. Such DNA damage can cause a loss of fertility and an increased risk of getting cancer.

Membrane leakage can also open the blood-brain barrier, leading to Alzheimer’s disease and early dementia. There are similar barriers protecting all of our body surfaces from foreign chemicals. Damage to these can cause or exacerbate a variety of illnesses, including asthma, multiple allergies and autoimmune disorders such as multiple sclerosis. More on these, including references, can be found at http://www.hese-project.org/hese-uk/en/papers/cell_phone_and_cell.pdf

Fortunately, because of genetic variability, not everyone will suffer the same symptoms and many may suffer none at all but, for the sake of those that do suffer, Wi-Fi is not a good idea in schools or anywhere else for that matter.

Another great site which is working to ban cell towers near schools: http://expelcelltowers.org/