Rock Dust for Remineralization: Protection From Radiation and Toxins 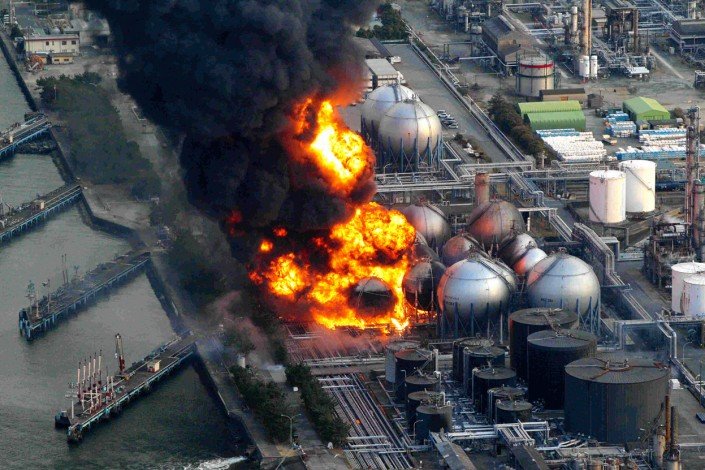 We consume a lot of dairy and since the Fukushima nuclear disaster 5 years ago we have had to find ways to make sure this radiation isn’t concentrating in our bodies. The following article is very helpful. Certain small dairies even here in Canada are remineralizing their cows which as mentioned in the article below cheese from cows whose farmers were using remineralization measured no radioactivity. Using rock dust milk is also recommended by Dr Natasha Campbell McBride to help with people who have a lot of toxins in their bodies as having the right amount of nourishing healthy minerals in our bodies will prevent them from uptaking man-made toxic substitutes. We have even been taking some of Schindele’s minerals mentioned below and our health and immune systems continue to get improve.

Many people today were not alive or do not remember the Chernobyl disaster of 1986. I remember it vividly. Just a few days after the disaster, I flew to Salzburg, Austria, to attend a banquet in honor of a very dear friend and mentor, the economic philosopher Leopold Kohr. He was receiving the keys to the city of Salzburg from the mayor and the pre-arranged banquet menu featured venison, mushrooms and berries— precisely the wild foods that had the greatest exposure to radioactive fallout. Years later I wrote a poem called The Chernobyl Feast which I read at a memorial service at Yale for Kohr.

Each day Austrians checked the newspaper to read the radiation levels of every food in order to make a choice about what to eat. The government recommended avoiding fresh foods from gardens and farms and instead eating processed foods that were packaged and canned before the disaster and were therefore not exposed to radiation. It was very eerie not to be able to eat the beautiful but invisibly and insidiously radioactive vegetables, fruits and berries in the gardens.

In the years leading up to Chernobyl, some dairy farmers in Austria were using remineralization as a part of their operations. They added rock dust to liquid manure as well as combining it with compost, thereby removing odors and greatly increasing soil biota. As a result, cows had twice the normal lifespan and produced much more milk. Amazingly enough, after Chernobyl, the cheeses that were remineralized (as well as biodynamic cheeses) measured no radioactivity whatsoever. Austrians would stand in long lines in order to buy these safe, remineralized products.

The year before Chernobyl, I co-produced a documentary in Europe on remineralization and visited some of the companies that were producing rock dust to be used specifically for agriculture and forestry, including the company of Robert Schindele. He discovered that the trees and plants on his property that were growing alongside gravel roads were stronger and healthier than the trees that were not. Schindele deduced that this was because cars driving on the gravel produced a cloud of rock dust that settled on the nearby vegetation and positively affected their growth. This led him to promote and publicize the rock dust that he produced from his quarry. It generated such success that he received constant media attention and people lined up in their cars on the road to his property as if they were taking a pilgrimage to Lourdes.

At the time that I interviewed Schindele, he spoke passionately about saving the dying forests with rock dust. Many news headlines in the late 1980s focused on the dying forests, forests declining in Europe and the US due to stress from acid rain and the accumulation of heavy metals in forest soils. Remineralization neutralizes the pH, creating a buffer so that heavy metals are not taken up by the plants and trees. Dr. Robert Bruck, Ph.D., a well-known forestry pathologist, observed remarkable recoveries from air pollution effects from application of mineral slurries and/or dusts in the Black Forest.

Schindele also began taking it internally and realized it was very good for people as well, a discovery which led him to begin selling finely ground rock dust as a health supplement. He originally called his product SuperBiomin and sold it to 6,000 pharmacies in Europe. It can currently be found under the label Schindele’s Minerals and continues to be readily available in Europe.

Schindele’s product was even used in the wake of the Chernobyl disaster. Peter Tompkins and Christopher Bird explain in their 1989 book Secrets of the Soil that when “the University of Vienna found that Schindele’s product worked against radioactivity–a claim confirmed by a Soviet institute for atomic physics in the Ukraine–the Soviets sent a truck to pick up two thousand kilograms of his Gesteinsmehl. Analysis under a micropolariscope revealed an alteration in the molecular and atomic lattice, which had an effect on ionized radioactive particles taken into the body” (For a more detailed description of the scientific findings, see the appendix below). Ironically, in hindsight, a Japanese film team came to Europe to document the delivery and distribution of rock dust to radiation victims for the Japanese news.

So how is it that rock dust can lower levels of radiation in the body? It may seem too good to be true, but in fact it is not so far fetched. One of RTE’s team members, dairy microbiologist Kevin Bay from Hampshire College, describes in his own words some observations of David Yarrow (2006) below:

“To achieve maintenance of homeostasis, biological organisms use highly organized structures, intricately designed from a diverse set of molecular and atomic building blocks to carry out the many tasks involved in healthy functioning. Metal ions such as minerals and trace elements are used in biological systems for such important tasks as catalyzing biological reactions and stabilizing complex protein structures. This is why it is so important for any biological system to have access to a broad spectrum of minerals and trace elements. It is also one of the root causes of radiation sickness, as the destructive atomic forces of radioactive particles alter natural metal ions, damaging the delicate biological structures in which they play an integral part.

The intelligence of Nature tends to work to maintain health. Life on earth has evolved systems to selectively incorporate healthy minerals and trace elements into biological structures, and to repair the damage done by low levels of radiation, which is a common phenomenon even in Nature. Plants, for example, will selectively uptake healthy metals over radioactive particles if given the choice. However, under high levels of radioactive stress such as those encountered during a nuclear disaster, those systems become stressed and cannot cope with the damage, resulting in radiation sickness. Replenishing these systems with remineralized foods or a finely ground rock dust supplement is an important part of coping with this unprecedented radioactive stress.”

Given the recent disaster in northeast Japan, it is timely and urgent to get this information out on behalf of the disaster victims as well as others as the radiation circulates around the globe and throughout the biosphere, adding to our already present toxic overload. A quick study could be created to monitor a group of subjects with high levels of radiation, giving about 1 tsp 3/day of an appropriate source of rock dust (or trial various sources) over a period of 10-14 days or more, compared with a control to see if it can be shown that radiation levels are lowered and bioremediated by rock dust supplementation.

Rock dust for bioremediation is a simple, natural and inexpensive means of alleviating the impact of radiation. As history shows through the Chernobyl disaster, remineralization makes a significant difference.

Please contact us at Remineralize the Earth if any readers have contacts in Japan that would be able to make use of this information. And please add your comments below to further this discussion and proposal.

It is tremendously important to remineralize our soils as well as ourselves. That is the ultimate mission of RTE. It is quite clear that remineralization bioremediates whether for soil, animals or humans, whether radiation or other toxic contaminants.

A few examples of current broad mineral spectrum products that are packaged as health supplements that could be utilized to protect yourself from radioactivity are listed as follows:

A recent blog that speaks further about the mechanism behind remineralization’s ability to bioremediate radioactivity: David Yarrow. (2006). Retrieved on 3/30/2011 from http://therawdiet.blogspot.com/2006/01/miso-and-radiation.html

Peter Tompkins and Christopher Bird. (1989). Life and Death in the Forest. In Secrets of the Soil. New York, NY: Harper & Row, Publishers, Inc.

The product [SuperBiomin] was examined at the University of Vienna under a micropolariscope. It revealed an alteration of the atomic lattice with a regression to orthoclase, a process which generates an electrical potential which changes its polarity each time it is emitted, thus producing plus and minus electricity alternately. Moreover it was discovered that the mineral product has the characteristic of being polarized and producing magnetic pulses, termed DIN OD 144, that stimulate human cell membrane. Via the alteration of the atomic lattice, the relatively large amount (approximately 10-15 g per day), which is recommended as a daily food supplement, has an effect on any ionized radioactive particles taken in by the body. It breaks down the high oscillation rate of such particles, thus rendering them innocuous. This effect is also been confirmed by a Russian Institute for Atomic Physics in the Ukraine.

Click here to cancel reply.
« Honey Hunters of the World
Raw Milk Could be Legal in Canada with your Support »
We use cookies to ensure that we give you the best experience on our website.
If you continue to use this site we will assume that you are happy with it.