Coffee Enemas for Detoxification on the GAPS Diet 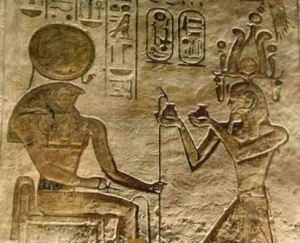 Dr. Natasha Campbell McBride recommends using enemas especially during the initial stages of the GAPS diet to assist with detoxification especially if you are having a lot of die-off symptoms.

Enemas are very safe and extremely helpful for reducing toxic load in the body, relieving constipation, removing faecal compaction from the bowel, introducing probiotics directly to the bowel, cleansing the liver, stimulating bile, removing heavy metals, supporting the gallbladder, healing haemorrhoids or varicose veins and dealing with many other issues.

For adults:
Use water enema to clear your bowel and then use a coffee enema. Do not use coffee enema for children.

Bring to boil 1 litre of water and add 3 heaped tablespoons of organic ground coffee, boil for 2 minutes and then reduce the heat to minimum and cover with a tight lid and simmer for 15 minutes. Cool down and strain.

Equipment: Enteroclisma Enema/Full Wash is an easy to use enema kit.

Coffee Enema Procedure:
As mentioned above, before doing the coffee enema cleanse the bowel with an enema of warm water.

Use filtered or bottled water, bring it to a boil and cool it down to body temperature. Dissolve some natural salt (sea salt or himalayan salt) and baking soda into the water (use 1/2 teaspoon of each per litre (quart) of water). The salt will bring the mineral content of the water to a more natural balance for the human body. The bicorbonate of soda will provide alkaline pH, which is natural for the bowel and will help to bring yeast overgrowth down.

It is helpful to lie on your right side with knees brought up to the belly (fetal position), or to have a bunch of towels under your sacrum so that the exit of your bowel is higher than other parts of the bowel which will help to allow the water to flow in. Using either a bucket enema or a enema bag (the same thing as a rubber hot water bottle) although enema buckets are better as they hold more water adjust the positioning so the bucket is hanging from the shower curtain rod or a high towel rack (this is best done in the bathroom).

It is also a good idea to make a comfortable warm nest for yourself using towels and have some music, a book or some other entertainment on hand so you can patiently rest for at least 15 mins.

Using coconut or olive oil or butter lubricate the nozzle and your anus and insert the nozzle. Let about 1 to 1 1/2 liters (quarts) into the bowel and then take out the nozzle. Gently massage the abdomen for a few second and then empty the bowel. This procedure should be repeated 2-4 times until the water that comes out looks fairly clean indicating that the bowel is empty.

After that lie on your back and relax for a few minutes, put the soles of your bare feet together toe to toe and heel to heel. This completes the energy circuit of the lower body and will cause peristalsis of the bowel to move, when this happens the ascending colon clears in what is called an illeal flush. Wait to be sure the entire bowel is cleared. When the bowel is empty, then you can begin to use the coffee enema.

This whole procedure takes about two hours, so be sure to have a nice warm bathroom and something to keep you entertained while you are waiting.

After the enema it is good to have a nice warm bath with epsom salts, seaweed, baking soda or sea salt dissolved in it (use 1/2 cup of any of these per bath.

Coffee has been used for enema’s for over 100 years, they are particularly well known as part of the treatment for cancer with the Gerson Protocol. Coffee enemas are considered to be one of the best ways of cleansing the liver and speeding up the detoxification process in the body. Many people report that coffee enemas are excellent for pain relief as well. The mechanism of its function is not clear, but it is thought that various substances in the coffee absorb through the rich capillary bed of the rectum into the portal veins, which lead directly to the liver. In the Gerson protocol people perform 4-6 coffee enemas a day. A GAPS person does not need to do that. Dr. Campbell McBride recommends doing a coffee enema whenever there is a need, which can be once a day, once every few days or once in a while.

Other types of Enemas

Another helpful website with more information on coffee enemas (including a demo video!)

For children older than five years old:
Use the enema bucket/bag as the syringe will not provide enough water. Add about 3-4 billion live probiotic cells per enema to the water, preferably from the Bifidobacteria group. We can also add 1/2 t of natural salt per litre of water (do not use table salt).

For children from three to five years old:
You can use the bulb syringe or the enema bucket. For this age group we can add some probiotics to the enema water – about 1-2 billion live cells per enema, preferably from the Bifidobacteria group.

For babies and children up to two years old:
Use enemas in cases of constipation only – if the child has not passed a stool for 2 days of more. Use the bulb syringe enema kit; the usual size of bulb syringes are 50ml (2oz) or 100 ml (4 oz). Fill the syringe with warm water (body temperature), lubricate the nozzle and anus of the child with coconut oil, olive oil or butter, insert the nozzle into the anus and gently squeeze the bulb. Remove the nozzle and hold the bottom of the child closed while gently massaging the belly for about one or two minutes, then let the baby empty the bowel. Use only clean filtered water. Do not put anything into the water.