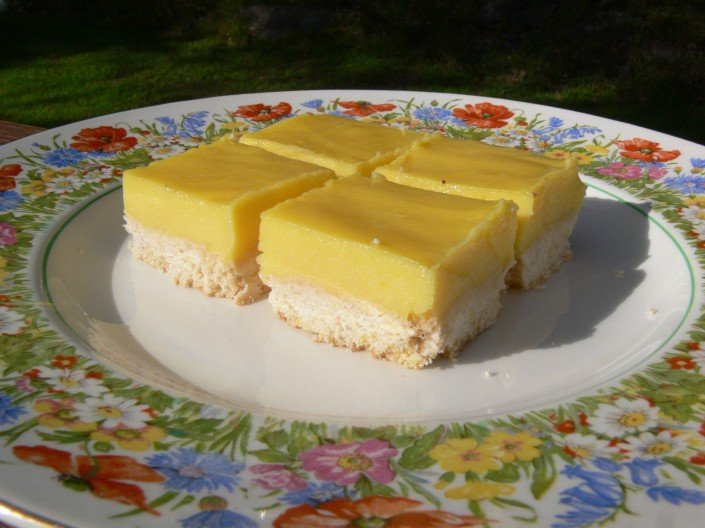 I developed this recipe in memory of my mother-in-law, Oma Harriet, on the first anniversary of her passing away. August 30th was her birthday so it seems appropriate to post this recipe today. They came out surprisingly well! I used coconut flour for the crust and the delicate coconut flavor is a nice complement to the rich, sweet lemon curd.

Oma Harriet was a great collector of old recipe books so I searched them for lemon squares recipes. I discovered that it seems to be a relatively recent recipe probably first created in the 1950s or later. It also seems to be a uniquely American recipe. If anyone has any more info on the origins of this recipe I’d love to hear it! 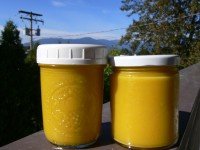 Sandra over in the South Pacific sent in this great recipe! People love it! I discovered this recipe last year when I was living in Australia. Originally it used sugar, I have changed it to honey to make it more healthy and practical for people on the GAPS or SCD diets or for those folks who boy ...