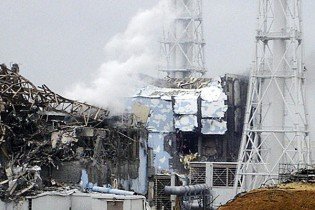 I’m really worried about the levels of radiation and the situation in Japan. The sad thing is there are already high levels of radiation in our world–higher than they were ten years ago at any rate. They come from increased use of cellphones, wireless networks, electrical equipment, medical equipment and other things. Over the past ten years or so, levels of radiation from the depleted uranium weapons used in massive amounts in Iraq and Afghanistan have dispersed into the atmosphere, into the earth and into our food. I finally clued into this when I was at the laundromat and heard the local TV station doing their best to ‘manage the panic’ the lady was poo-pooing the idea that anyone needed to be worried about the miniscule amounts of radiation from Fukushima and mentioned the amounts were about as much as a CT scan. That gave me no comfort since I had just read an article discussing how we were on the verge of a cancer epidemic (aren’t we already in one?) as a result of overuse of CT scans.