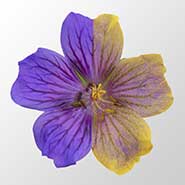 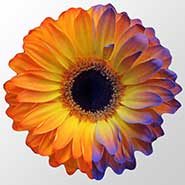 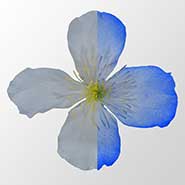 Flowers’ methods of communicating are at least as sophisticated as any devised by an advertising agency, according to a new study, in Science Express by researchers from the University of Bristol. However, for any advert to be successful, it has to reach, and be perceived by, its target audience. The research shows for the first time that pollinators such as bumblebees are able to find and distinguish electric signals given out by flowers.

Flowers often produce bright colours, patterns and enticing fragrances to attract their pollinators. Researchers at Bristol’s School of Biological Sciences, led by Professor Daniel Robert, found that flowers also have their equivalent of a neon sign – patterns of electrical signals that can communicate information to the insect pollinator. These electrical signals can work in concert with the flower’s other attractive signals and enhance floral advertising power.

Plants are usually charged negatively and emit weak electric fields. On their side, bees acquire a positive charge as they fly through the air. No spark is produced as a charged bee approaches a charged flower, but a small electric force builds up that can potentially convey information.

By placing electrodes in the stems of petunias, the researchers showed that when a bee lands, the flower’s potential changes and remains so for several minutes. Could this be a way by which flowers tell bees another bee has recently been visiting? To their surprise, the researchers discovered that bumblebees can detect and distinguish between different floral electric fields.

Also, the researchers found that when bees were given a learning test, they were faster at learning the difference between two colours when electric signals were also available.

How then do bees detect electric fields? This is not yet known, although the researchers speculate that hairy bumblebees bristle up under the electrostatic force, just like one’s hair in front of an old television screen.

The discovery of such electric detection has opened up a whole new understanding of insect perception and flower communication.

Dr Heather Whitney, a co-author of the study said:

This novel communication channel reveals how flowers can potentially inform their pollinators about the honest status of their precious nectar and pollen reserves.

The last thing a flower wants is to attract a bee and then fail to provide nectar: a lesson in honest advertising since bees are good learners and would soon lose interest in such an unrewarding flower.

The co-evolution between flowers and bees has a long and beneficial history, so perhaps it’s not entirely surprising that we are still discovering today how remarkably sophisticated their communication is.

The research was supported by the Leverhulme Trust.

This article originally appeared at Activist Post and Waking Times.