We Disconnect From Each Other Because Of EMF Pollution 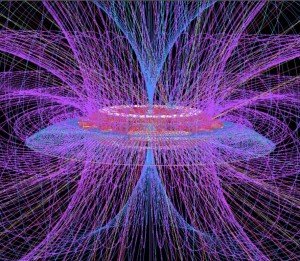 Toxic EMF pollution causes our cells to scramble and interferes with our mirror neurons and our ability to empathise with each other. Some people, like sensitive empaths, are more affected by this phenomenon, they aren’t crazy, they are our canaries in the coal mine. Click on image for an article describing ways to protect yourself from Electromagnetic pollution.

Are We Really Disconnected From Each Other Because Of Technology & EMF Pollution?

A few days ago I posted the following quote on FaceBook from a blog post that I had read.

In a June 1950 commencement speech, Boston University President Daniel Marsh said, “If the (television) craze continues…we are destined to have a nation of morons.

I would also add in all the electronic devices that we use today too.

I do spend a good amount of my time online because of my blog, but I also make a point to get up at least every thirty minutes and do something physical for a few minutes. Maybe I will do some dishes, prepare some food, or do some stretches. The key is to get grounded back in this reality because this re-connects me physically and energetically.

I believe humanity has been so distracted, so disconnected for so long that we have forgotten how to make a real connection with this reality and the people in it.

Secondly the health effects of cell phones and other electronic devices has scientific gaps in our scientific knowledge.

The body is an electrochemical system and anything that imbalances that is going to have negative consequences physically, mentally and emotionally, all of which, on one level are electrochemical phenomena.

Just look around at the amount of cell phone towers and tetra masts in your community. It’s astounding all the electromagnetic pollution that is spiraling around us.

It is generally not appreciated that there is a cumulative effect (on our bodies) and that talking on the cell phone for an hour a day for 10 years can add up to 10,000 watts of radiation. That’s 10 times more than you get from putting your head in a microwave.

Look at the effect of analogue television frequencies alone. Did you know that they – and cellphone frequencies – prevent us from receiving radio waves from whole galaxies? The very mainstream science magazine, New Scientist, reported in its edition back in November, 2009:

U.S. Skies are clearer than usual after the switch in June from analogue to digital TV freed up a chunk of the radio spectrum. Astronomers are now rushing to see what they can find before transmissions from cellphone companies and others fill in the space.

Prior to the switch-over, naturally occurring radio waves at frequencies between 700 and 800 megahertz were obscured by analogue TV signals, preventing astronomers from investigating the universe using this band.

The freeing up of this bandwidth is a once-in-a-lifetime opportunity to see galaxies in this range. The new window may also help in the hunt for pulsars – neutron stars that emit beams of radio waves from their poles.

In this part of the spectrum, their beams are less impeded by interstellar electrons, which can scatter radio waves.

These frequency ranges that were freed up during the shift from analogue to digital, are being auctioned off to cellphone companies and others, and astronomers had little more than a year to observe what they couldn’t access before.

We are also being attacked on a physical level by Electromagnetic pollution from computers, TV’s, cellphones and other electronic devices.

Here are some tasty tidbits about Electromagnetic radiation from EM Watch.com:

Radiant Energy Electromagnetic radiation (EMR) is energy in waves (like visible light), emitted from a source. It travels at the speed of light.

This energy is both electrical and magnetic. The waves alternate rapidly, from positive to negative in electrical terms, and from North to South Pole in magnetic terms.

Electricity and magnetism are very closely related in nature. For example, when an alternating magnetic wave penetrates a body (including yours!) an alternating electric current will flow inside that body.

Electromagnetic radiation from a source penetrates the surrounding area, creating an electromagnetic field (EMF). This EMF is strongest at the source, and weakens with increasing distance until it becomes too small to measure.

The powerful effect of distance

A strong EMF can be due to a powerful source of radiation far away, or a weak radiation source very close by.

That is why the EMF your body experiences from your cellphone (when you make a call) is much stronger than the EMF you experience from the cell phone tower.

(Although the cell phone is a weak radiation source, it is located very close to your person, where as the much more powerful cell tower is located thousands of times further away).

I found this article on Mercola.com about people who are hypersensitive to EMR/EMF:

Certain People are Especially at Risk

It is estimated that 3-8 percent of populations in developed countries experience serious electro-hypersensitivity symptoms, while 35 percent experience mild symptoms, according to Dr. Thomas Rau, medical director of the world-renowned Paracelsus Clinic in Switzerland.

Dr. Rau also believes that ‘electromagnetic loads’ lead to cancer, concentration problems, ADD, tinnitus, migraines, insomnia, arrhythmia, Parkinson’s and even back pain. You can listen to an audio interview with Dr. Rau on www.electromagnetichealth.org.

For people with Electromagnetic Hypersensitivity Syndrome (EHS), just walking into a coffee shop that is WI-FI equipped can be debilitating, triggering a wide array of symptoms including headache, fatigue, nausea, burning and itchy skin, and muscle aches.

Some students have to drop out of school or are unable to continue on to graduate programs once they become electrically sensitive, irrespective of their intelligence and capabilities. Even just briefly standing in line at the post office, or travelling on public transportation, can be a debilitating experience for some people, sometimes taking hours to restore balance.

Because the symptoms are subjective and vary between individuals, it makes the condition difficult to study, but with the work of Magda Havas, PhD, of the Environmental & Resources Studies Department at Trent University, Canada and others, acceptance is slowly growing and the real health effects of EMF are becoming harder to deny.

For instance, recent research from Dr. Havas revealed that a cordless phone base station placed about two feet from your head and plugged in for three minutes at a time can significantly disrupt your heart rhythm, leading to increases in heart rate, arrhythmias and other disturbances in heart rate variability.

This is among the most solid proof that the effects of EMF radiation are real, as are the symptoms that some people readily experience when they’re around such microwave-emitting devices. The biological effects on the heart in the Havas study were found at .3% of the FCC exposure limits.

Researchers have, in fact, found that there are a number of factors that influence the degree to which you may be affected by EMF’s.For example, according to research by Dr. Dietrich Klinghardt, your physical body, such as your body weight, body-mass index, bone density, and water and electrolyte levels can alter the conductivity and biological reactivity to EMFs.

Heavy metals in your brain also act as micro-antennas, concentrating and increasing reception of EMF radiation. Likewise, any kind of metal implants and/or amalgam tooth fillings will significantly increase reception of microwaves, and the mircrocurrents from cell phones and other ambient fields. This is yet another major reason for having your mercury fillings removed by a trained biological dentist.

People who suffer from diseases that cause myelin loss, such as muscular sclerosis, Lyme disease, and other autoimmune diseases are also at greater risk of electro-sensitivity.

Children are also particularly vulnerable. Dr. Klinghardt has noted this radiation can easily flip certain genes in the mitochondria. If this gene sequence is altered in a pregnant woman, she can pass her damaged mitochondria on to her child. The child can then develop a mitochondrial disorder, which can include muscular atrophy and severe developmental problems.

While there are now EMF-Free Zones forming around the globe, such as in southern France, Spain and Italy, these areas are not yet widely available so virtually everyone is still exposed to EMF, even if they’re hypersensitive to it. Or if people are severely hypersensitive, they often must go off and live in the mountains or very rural areas where it is easier to find refuge.

EMFs as a Root Cause of Illness

I often share details about the underlying causes of chronic illness. Poor diet, lack of exercise, and emotional stress; all of these are likely familiar to you. What may NOT be as readily apparent are the contributing factors to illness that you cannot see, feel or touch and frequently cannot easily avoid.

Environmental toxins largely make up this latter group, and EMFs are definitely among them. EMFs should be considered a harmful invader to your body just like any other environmental toxin, as they interfere with your health at the cellular and DNA levels.

As Rees said in Explore! Magazine, nearly 18 percent of U.S. GDP is from health care costs:

“What an incredible waste, if you think about this number, when so many illnesses could be prevented if people were warned about the root causes of illness. This includes everyday electromagnetic fields,” she said.

“We’d have so many more human and financial resources to create a better society. It’s really a travesty that we talk about ‘prevention’ without first acknowledging all the sources of imbalance we are trying to prevent, including the environmental ones.”

People living in most cities and suburbs are literally bathed in a variety of electromagnetic fields, microwave radiation and dirty electricity 24/7. If we refuse to address the potential hazards of this way of life, we may end up with a currently inconceivable health catastrophe on a worldwide scale.

Were you aware of the effects of EMF pollution in your life? I just thought this would be a great topic to share with you.

Click here to cancel reply.
« Muffin Exchange – Changing the World One Muffin at a Time
Seedstock – Currency for a more connected, sustainable and happier future »