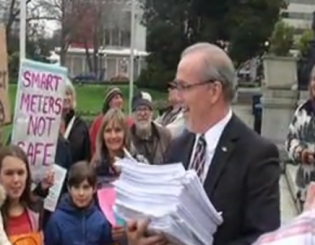 NDP critic John Horgan tabled the petition in the legislature and said he’s heard for years the health and privacy concerns related to smart electric meters.

An NDP government would “give a direction to the utilities commission to give us best advice on what opt- out provision would suit the B.C. context,” said Horgan. “Other jurisdictions are doing that now.”