Bitten By the Earth

A Journey to Become a Craniosacral Therapist 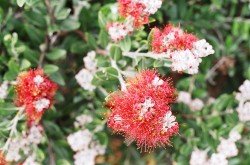 Riding my bike in a desperate dash to get to the ferry after a long day of cooking on Waihike Island, I felt extremely lucky there was a taxi behind me. For once I could actually see down the unpaved driveway. Unfortunately my speed was too wild and as I rounded the curve the gravel skidded out from beneath me. Flying over the handlebars I was superman for a fraction of a second. Then I slammed into the ground. The taxi stopped. One of the other staff leaped out. Knowing I needed to get to the ferry to get home for the night, she helped me into the taxi and we sped off, arriving at the pier just in time for me to hobble aboard. Slumping into the first seat I came to I sat in shock for the ride home. I felt the earth had jumped up and bit me. I had been feeling stuck in my life for quite some time — everything I tried to do to develop myself, to move into a new reality never seemed to go anywhere. I always found myself back in the same place, thinking the same thoughts, doing the same things. Something had to give. It was time for me to do something completely different.

I was tentatively considering doing a training to become a practitioner in Biodynamic Craniosacral Therapy. The two year diploma course began in January and was a series of five day blocks every three months in the most perfect spot on earth; Mana Retreat Center on the Coromandel Peninsula. The tutors came over from the UK and the training was open to people who had never practiced bodywork before. I was a chef. I had no idea what Craniosacral therapy was. In fact, the only bodywork I ever had was on a beach in Vietnam where a little old masseuse named Mama Kim enthusiastically smacked at a large bruise on my buttock. But after the wake up call the Earth had just given me, this seemed the perfect thing to get me out of the rut I was in and moving into a new dimension.

Arriving at Mana for the first block I was terrified and intimidated. My leg was still stiff and frozen as a result of working 12 hour shifts shortly after my bicycle accident. I felt jaded by the hospitality world and eager to learn something new. Many of the other students were therapists. A few had previous training in Craniosacral therapy. I was afraid I wouldn’t get a sense of the movement of the rhythms of the body. All I could do was keep an open mind. After introductions, the course began with the history of Craniosacral therapy. Dr. Sutherland, an osteopath, first palpated the movement of the cerebral spinal fluid in the 1920’s. From this he realized the bones in the head were not fused together as it was widely believed, but each had its own motility. He spent a lot of time in a helmet with pads in various places holding different bones of his head in ways that restricted their natural movement. He found there are different levels of movement within us and called these the three tides. Each of these have their own individual properties and distinct movement. 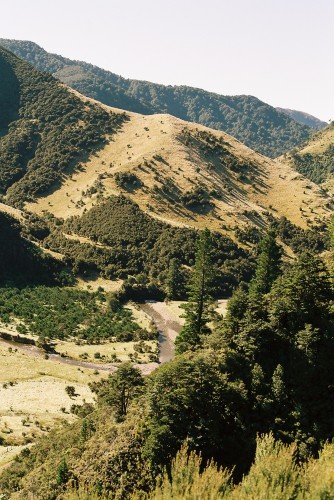 The movement of the tides stems from the flow of cerebral spinal fluid held within the membranes containing the brain and the spinal cord. The first time we palpated each other I was surprised at how clear and obvious the rhythms were. As we developed sensitivity to the differences in the flow of these tides we gained the ability to sense areas of restriction or where the fluid movement has become stagnant. Palpating these tides puts us in communication with the innate healing ability of our client’s body. In biodynamic Craniosacral therapy respect for each persons ability to heal themselves is the key. As practitioners, we avoid manipulating and adjusting our client’s system as we think best–instead we allow them to take the lead. By supporting their healing process, various layers are worked through in a manner that is most productive for their unique needs, without recreating the experience that caused the trauma in the first place.

Over the next two years the students and trainers got to know each other very well as we all went through major learning curves, personal crisis and development. Several of my own past traumas arose and the vitality that had been absorbed by holding onto that pattern of defense was released and reincorporated back into my whole system. The injury to my knee, which had helped spur me into joining the course, although it subsided, still remained. I found this puzzling and frustrating at times. It wasn’t until the very last block when I was able to really open to the idea that I could survive without cooking that my knee regained its full flexibility and confidence. Letting go of that well established pattern brought home to me what we had been taught of how emotional traumas are often held in physical tension.

On the last day of our course when I finally stood to receive my diploma, I looked around at the rest of the students and was very glad I had taken the leap into the unknown. Remembering the person I had been when I first came to Mana two years ago and thinking back over all the crisis that had arisen I knew that I had achieved what I had been hoping for. Although I still felt I could learn and grow much more, I felt that I was standing at a whole new, completely different crossroads than I had ever been at before. I now had a new skill and understanding of life which would give me the ability to see things with a whole new range of possibilities.

Click here to cancel reply.
« Traditional Diets
Symbiotic Digestion »
We use cookies to ensure that we give you the best experience on our website.
If you continue to use this site we will assume that you are happy with it.