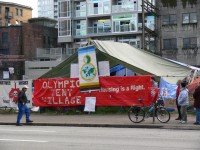 I was just reading a great interview with our local Ubuntu community's 'buzz' generator, Randall Ross and The Agora National (I will post it later), and it got me thinking about making mistakes. We've all grown up in a world where mistakes are a big deal. In the world we live in now, you can make a ... 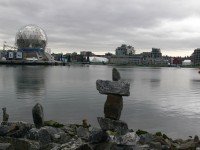 It is unusual to find a vegetable that not only removes DDT from soil, but reduces the likelihood of getting emphysema or lung cancer for smokers, expels tapeworms and other parasites and is a focus of community and entertainment during Halloween. Pumpkins and winter squash do all this and more. Not ... 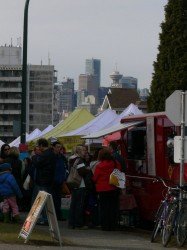 The Winter Farmer Market of Vancouver BC comes together fortnightly at WISE Hall 1882 Adanac Street at Victoria Drive. My favorite item at this time of the year are the potatoes. Music is always good and entertaining and it is fantastic to have such a fabulous view of the skyline of Vancouver's down ...

A slapstick comedy short about a girl who is on her way to visit her grandmother when she is confronted by a strange forest-dweller.... Soundtrack by Mujaji ...