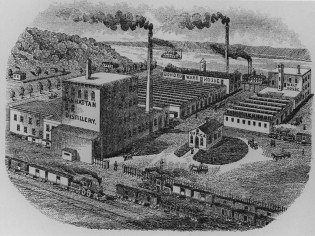 Many people have been asking me what the problem is with pasteurization lately, and seem rather confused about why anyone would want to drink raw milk as most of us have grown up hearing the stories of how children were dying until we started pasteurizing milk. As usual, this isn’t a simple black and white issue of pasteurization is good and raw milk is bad. It is good to know our history so that we can tease out the reality of how our world came to be in the power of industrial farming. I read Ron Schmid’s book The Untold Story of Milk before we started drinking raw milk, and got myself as informed as possible. When we start looking into the history of corporations, factory farms and industrial agriculture the divide between the folks who will do whatever it takes to make a buck and the folk who have personal integrity and commitment to the greater good of our planet is glaringly obvious. I have pulled out some of my favorite passages from Chapter 3 (BAD MILK) of The Untold Story Of Milk by Ron Schmid, ND to help spread the awareness of our own history.

This summer, while shopping at the Trout Lake Farmer's market, I came across a rare find--a sack full of fresh Lemon Verbena for only $4! I have tried growing lemon verbena on two occasions now, but both times they haven't made it through the winter--or that's what I thought. The woman who sold me t ...