Knaresborough and The Original Witch

Mother Shipton, the British Isle’s most renowned prophetess was born in a cave by the River Nidd in Knaresborough, Northern Yorkshire. This cave is famous for its petrifying water which turns everything to stone, it was considered a magical well for centuries and has been feared as well as used for healing purposes. The cave is dubbed England’s oldest visitor attraction. 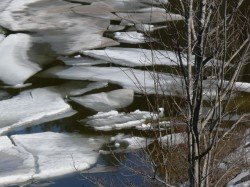 The ancient Nordic saga, the Elder Edda, says that the Well of Remembrance is located at the foot of Yggdrasill, the world tree. It confers on anyone who drinks from its waters the ability to see in new ways and to tap into the ancient knowledge and wisdom of Earth and mankind. As the saga relates, ...