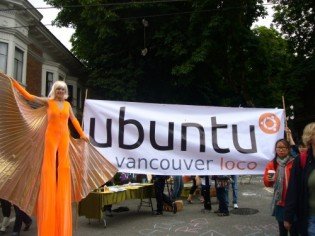 One of the highlights (for me) of an Ubuntu release is watching and analyzing what the non-Ubuntu online media is saying. I love to see whether buzz is increasing and whether the coverage is generally positive. Here’s what I’ve spotted so far:

The OStatic blog reports that Ubuntu 11.10 hype is everywhere and inescapable. Evidently, there’s not a website on earth that isn’t reporting on the release and hoping to “cash in” on the mania. Likely a slight exaggeration, but great buzz!

Scott Gilbertson  of The Register suggests in “Ubuntu’s Oneiric Ocelot: Nice, but necessary?” that “unless you have some clear need to upgrade, I suggest riding it out for now.” He has praise for the new Ubuntu Software Centre, but little love for Unity. He fixates on the lack of a Gnome desktop. He’s not happy with Thunderbird as the new email client either. Hmmm. Not a lot of love in this article.

Adrian Bridgewater of Dr. Dobbs  in his article “Ubuntu 11.10 Is DevOps Distilled” sticks to the facts about the cloud, Juju, LXC, ARM and other aspects of Ubuntu 11.10 server. Neutral, report-it-as-it-is. Good stuff!

Matthew Humphries of Geek.com  concludes that “Overall, this looks to be the best version of Ubuntu yet for existing users and those considering the jump from Windows or Mac.” I like the sound of that!

Christopher Tozzi of The Var Guy laments that Ubuntu releases have become somewhat unexciting, but for a good reason: “Ubuntu has become so consistent and predictable in its evolution that the release day just doesn’t feel like as big a deal as it used to.” For me, release day is still an exciting time but I will agree that Ubuntu is maturing so perhaps the “shock value” is a little lower that in the early days.

Ryan Paul (of Gwibber fame) reports at  Ars Technica that “Although Unity has come a long way, there are still some areas where mediocre design compromises Unity’s intended usability advantages.” He does say something positive though: “The ability to sell programs to Ubuntu users through the Ubuntu Software Center could make the platform a more appealing target for commercial software developers than it has been historically.” A mixed review, but according to the site they’ll have a full review shortly.

Scott Merrill  concludes at TechCrunch that “The upgrade to 11.04 was a bit disconcerting at first, but the more I use it the less it bothers me. As Canonical works to improve the lens mechanism of Unity, and as third party lenses proliferate, I expect that I’ll enjoy using 11.10 more.” Scott’s still clinging to the notion that people aren’t comfortable with the Unity decision, and aren’t aware of the value of Lenses (yet). Scott’s apparent fixation with the kernel bugs me. (Ubuntu is not linux.)

So what can one conclude so far? I conclude that there’s a ton of coverage out there, much more than in previous releases. The reviews are mixed, but there are distinct threads that are positive. That’s an improvement over previous Ubuntu releases, especially 11.04. Now, if we can just get people seeing the value of Unity, shedding their fixation with desktops past, and dropping the L word once and for all we’ll really make some progress. 🙂

By the way, I’m Randall, the Ubuntu Vancouver Buzz Generator. I’m happy to be blogging as a guest on helladelicious, and I’ll post an intro to who I am and what I do shortly. Thanks for reading.

This article reprinted from “Amplify the Signal”.

I have been using Flattr for a little while now, but since my last site update, many of you may have been wondering what the extra little flattr button is on the top of all of my posts. Flattr is a brilliant way for creative bloggers to share money with blogs they appreciate. If you really love a r ...

I originally stumbled across this great Instructable detailing how to make a straw slow-cooker, and was so thrilled by it that I soon made one myself. After the first attempt I discovered that it made a great incubator for home-made yogurt (I currently incubate my yogurt for around 24 hours for maxi ...

Although I have been blogging since 2006, I have been a little late to the linky game. Last year I finally figured it out and started joining some of the wonderful bloghops (or blog carnivals) that have sprung up all over the internet. I generally find the most useful ones to be the ones that collec ...