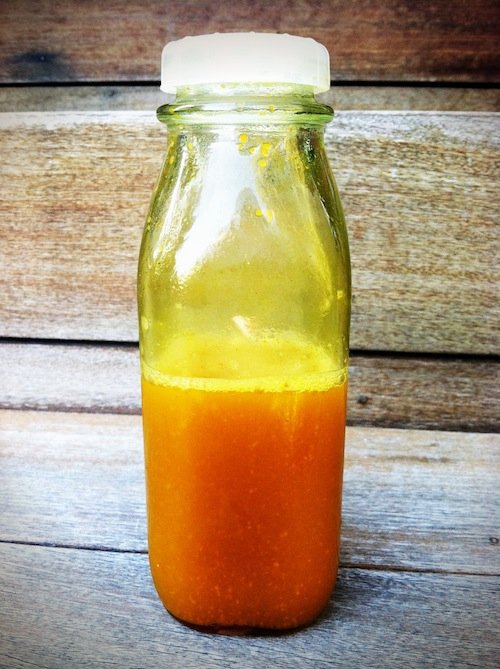 A Recipe for Turmeric Juice: A Powerful Healing Beverage

When I lived in Bali, I fell in love with the Balinese-style turmeric juice, Jamu Kunyit.

Turmeric is known to be one of the most powerful healing herbs. It is great for bones and joints as it has anti-inflammatory properties. It prevents metastases from occurring in many different forms of cancer.

Turmeric’s also a natural liver detoxifier and a kidney cleanser, and it speeds metabolism and aids in weight management. Plus it heals and alleviates conditions of depression, psoriasis, damaged skin, arthritis and more.

For these reasons, turmeric is ubiquitous both in Ayurveda and Chinese Medicine.

I have had terrible problems with my liver. I had hepatitis A when I was a kid, and even though I had a very mild case, it has continued to effect my liver. As a result I have never been able to drink much alcohol (1 beer has had me puking for hours the next day -- ugg). As a result I am always ...

Considering that the movement towards sustainable living is picking up speed, no discussion of asparagus would be complete without mentioning Euell Gibbons and his original back to the Earth foraging book Stalking The Wild Asparagus (1962). Euell Gibbons learned how to forage from his mother and was ...