Published in Far West Almanac July, 2009. Follow-up to the article: For Generation X Eyes Only.

Any political, economic, theological, or philosophical system that in practice rewards production over life is illegitimate because, tautologically enough, it does not value the lives of its citizens over the needs of production. Such is sufficient to define illegitimacy. No other measure is needed. 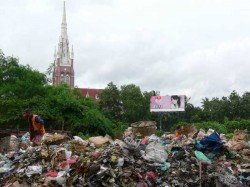 By now it will have sunk in good and deep that my previous proposal to stage a debt repayment strike for just one month in September (09/09) [see article Gen X mentioned above] is impractical unless enough people get involved so that we cannot be ignored. Otherwise simply not paying a debt for a month will result in late charges, bouncing checks and other never-before-heard-of fees. For the first people throwing off this yoke of debt and refusing to be suckered by the Currency Controlling Witch-Doctors of the Apocalyptic Future its gonna have to be all or nothing.

Anyone considering such a step needs to think long and hard about their options. This is not the easy way out of your debt. It is a much harder road to take and will demand much personal sacrifice. For those who owe J.P. Morgan Chase, for example, feel no guilt for refusing to pay this debt. Realize it may be necessary to stop paying the debt permanently, and that this will most likely result in garnished wages and a bad credit history.

When considering such a drastic step, be aware that there are many ways to deal with this issue. Many people are having success by negotiating lower payments for bills and debts. Such alternatives are better options for people with kids or health conditions. For those of us who understand that we are at war with these bankers and don’t want to give them another cent, it is time to consider more direct action.