Machu Picchu is situated on a mountain ridge above the Urubamba Valley in Peru. Machu Picchu is called “The Lost City of the Incas’ and is 8,000 feet above sea level.

Machu Picchu was declared a UNESCO World Heritage Site in 1983. 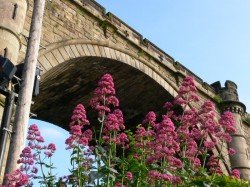 Knaresborough and The Original Witch

Mother Shipton, the British Isle's most renowned prophetess was born in a cave by the River Nidd in Knaresborough, Northern Yorkshire. This cave is famous for its petrifying water which turns everything to stone, it was considered a magical well for centuries and has been feared as well as used for ...