Picture the good old days when a network of family farms just outside a city provided food for nearby urban eaters—an early 20th-century reality that seems quaint from the perspective of someone navigating today’s globalized agricultural system.

While local food activists are working hard to rebuild that economic connection, a less savory relationship between cities and their rural surroundings has largely taken the place of an agricultural one in New York State—one with more to do with drug offenses than corn subsidies.

Mass incarceration—the population explosion of American prisons as a result of stricter sentencing associated with the war on drugs—has meant new prisons and jobs for many towns that until recently had more cows than people. That’s created an often-tense relationship between rural areas and the urban centers that populate their prisons. Now, a social enterprise called Milk Not Jails is aiming to turn that tension into something much healthier.

In New York, the prison population has tripled since 1980. The Department of Corrections costs the state $2.5 billion annually and employs 31,000 workers. The ranks of prisoners are disproportionately pulled from minority communities within urban areas but support small towns across the state—75 percent of all prisoners hail from just seven different New York City neighborhoods—making it politically challenging to build a broad coalition to reform a criminal justice system with huge economic and human cost. Brenden Beck, the co-founder, along with Lauren Melodia, of Milk Not Jails, says:

“Locking people up is expensive. And in a time of New York’s budgetary crisis, we think it’s an obvious place to look for […] savings.”

Their idea is to refashion the urban-rural relationship into a “mutually supportive one, not a destructive one.” The strategy? Boost the dairy economy of the Hudson Valley by connecting farmers with consumers in New York City. Beck says: 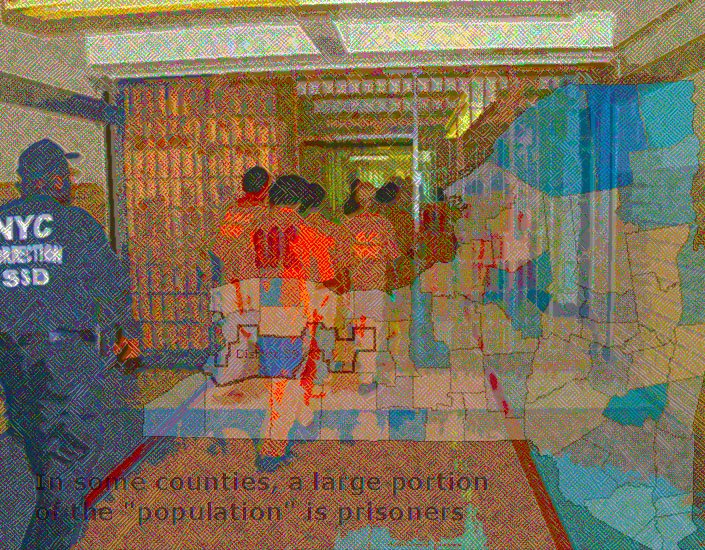 “We want New York’s urban residents to support its rural residents by buying their milk, not going to their prisons.”

The project’s idea comes at a time when sentencing reform for low-level drug offenders has caused a huge decline in New York’s prison population—from 72,899 prisoners in 1999 to 58,456 in 2009, according to the Sentencing Project [PDF]. And for the first time in generations, the state’s dairy industry is experiencing its own mini-boom. Dairy has long been New York’s most important agricultural product, but if you eat Greek yogurt, it’s likely you’ve helped support new manufacturing jobs in the kinds of towns upstate that Milk Not Jails is trying to support. Beck and Melodia say this perfect storm means the time is right to build on the momentum of sentencing reform and reinvestment in dairy by adding a consumer activism element to buying local milk.

The organization will market and distribute milk, yogurt, butter and half & half from two Hudson Valley farms to CSAs, institutional housing (like senior centers and halfway houses), and daycare centers throughout New York City. The first farm to join is Ronnybrook out of Ancramdale, which will maintain its traditional packaging but show its support for Milk Not Jails by hanging a branded “necklace” around the necks of its glass bottles. Proceeds from selling the dairy line will pay a former prisoner to drive a truck, the purchase of which was made possible with Kickstarter funding.

The ultimate goal of the project is to secure enough allies from across the state to affect legislative change. Milk Not Jail’s eight-point policy plan includes goals like “Legalize the sale of raw milk products” and “End racist marijuana arrests.” Of course, the project has a long way to go before it gets to that point, but it represents a useful pivot in local food activism: using food to build awareness for causes outside the environment, too.