Source: Food Freedom Ag Ministry begins process to ban MON810 On March 15, over 1,500 beekeepers and their allies marched thru the streets of Warsaw, depositing thousands of dead bees on the steps of the Ministry of Agriculture, in protest of genetically modified foods and their requisite ...

I am very glad to hear that Poland is stepping up and taking care of their people by taking this strong stance on genetically modified organisms. On August 24, 2011 President Bronislaw Komorowski vetoed the so-called “Seed Law” on GM crops, and referred to the bill as “legal junk.” Please re ...

The Battle to Save the Polish Countryside

From the Winter edition of Wise Traditions the Journal of the Weston A. Price Foundation. Pig Business is a real money maker for industrial ag corporations. Please read the whole article here. Article is by Sir Julian Rose. Poland is a country that is accustomed to fighting rearguard actions to f ... 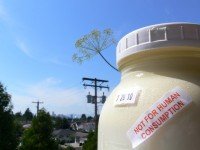 Almost every summer, when I was a kid, I spent on the farm where my Grandmother was born, some kilometers outside Warsaw, Poland. Coming from Long Island New York, it was like stepping back in a time machine. If you wanted to make a call you had to phone a central switchboard and they would ... 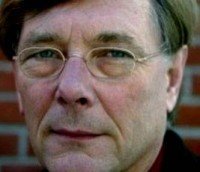 There are many ways to boost your immune system and prevent illness. The pharmaceutical industry is geared to make a profit, to look at statistics, not individuals. I personally would never dream of getting another vaccination. I understand in certain areas of the US vaccines are becoming mandatory. ...