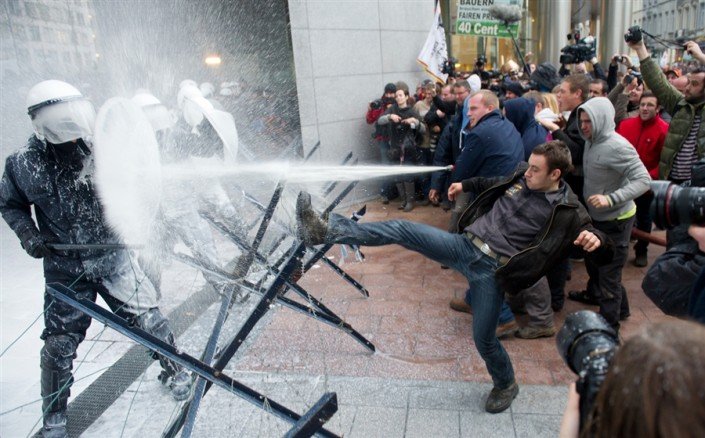 Source: The Salt: What’s on Your Plate
by April Fulton

Earlier this week, European Union dairy farmers decided to protest milk price controls by spraying police with high-pressure hoses filled with milk. It certainly wasn’t the first time that food has been both subject and symbol of unrest (see food riots). But this one stands out because of the dramatic images.

According to Reuters, hundred of farmers blocked traffic with tractors along some of Brussels’ busiest streets and aimed hoses at the Parliament building. Naturally, police and passersby got showers they were not expecting. Afterward, the farmers set fire to barrels of hay and piles of tires. Says Reuters:

“The European Milk Board, which coordinated the two-day protest, said prices with current quotas were putting small farmers out of business. In Belgium, for example, the board said the wholesale price for a quarter gallon of milk was around 34 cents, but the cost of producing it is more than 50 cents.” 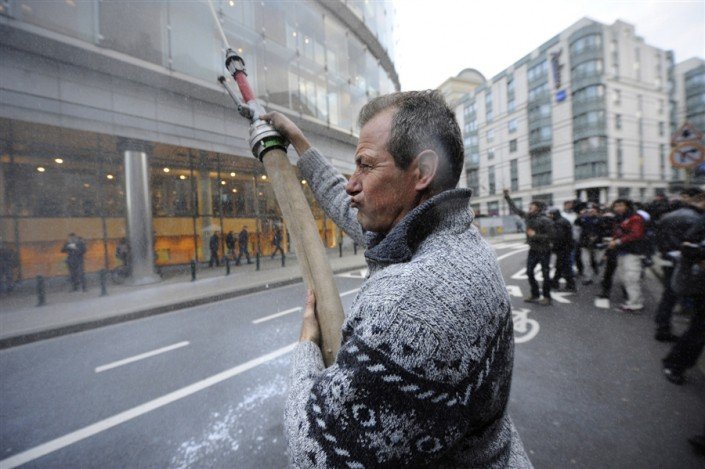 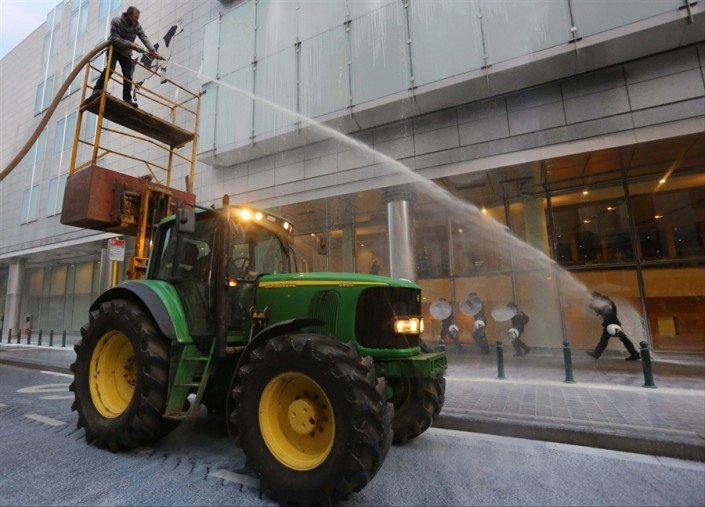 While food has often been hurled in protest — think rotten tomatoes, rotten eggs, etc. — milk may be a particularly poignant choice because of our complex relationship with it.

As historian Deborah Valenze notes in her book Milk: A Local and Global History, “Milk, a liquid associated with kindness and love, has never been free from conflict throughout history.” 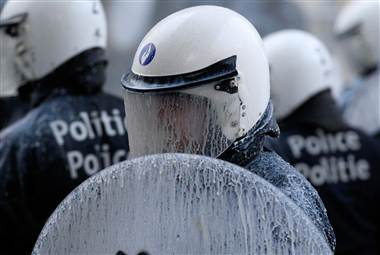 We’ve wavered between milk reverence and milk revulsion for much of our history, she says. It’s a first food, it’s nutrient-dense, and yet, when not stored in the right conditions, it can make us sick.

Dairy was once banned from ancient Greek diets — it was considered too bestial in origin for sophisticated wannabe urbanites, Valenze writes. Later, in a backlash against urbanism, Renaissance scholar Laura Cereta “seized upon milk en route to one of her favorite causes: the virtue of rural simplicity over the worldly arrogance built into life in the city,” writes Valenze.

These days, we Westerners still equate milk and milk products with wholesomeness and nature, even as some of us wrestle with lactose intolerance. At the same time, its production has become supremely industrialized in the past 100 years, and various governments have intervened in its sale for both safety and supply reasons, causing protests of all kinds.

For a brief history of other food fights, check out our post from earlier this year about flying tacos and yogurt. 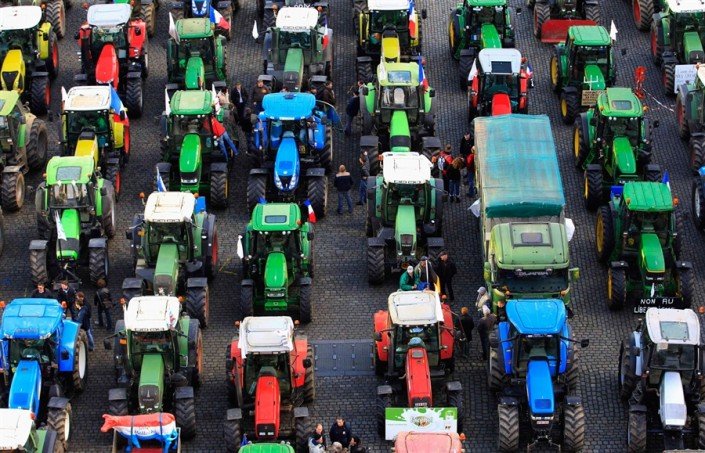 An exciting video journey through the world of time-lapse photography by John Ott, one of the founders of the science of photobiology. http://www.exploringthespectrum.com This is an introduction to Dr. Ott's time-lapse movies which show how plants and animals are deeply affected in movemen ... 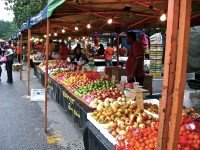 A friend of the helladelicious communtiy, Uli Zumsande, recently embarked on a world tour. She sent us these amazing photos of a Malaysian outdoor market: ...