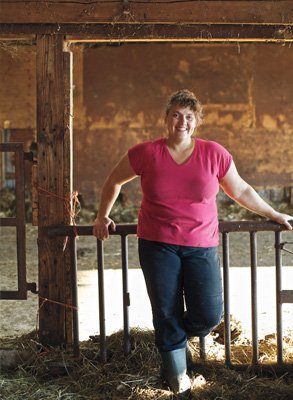 Killing Diversity -- the Homogenization and Pastuerization of Cultures Over the weekend we were invited to a lovely dinner party with an eclectic assortment of people. I immediately found myself deep in conversation with a lovely lady from Greece who told me of her favorite technique for maki ...

Source: Langley Advance Dear Editor, I am concerned about food freedom, about a government holding onto archaic ideas, unwilling to have a conversation, do the studies (or hear them), and unwilling to allow its citizens (mature, reasonable adults) to decide for themselves. It is unaccep ...

The following is re-posted from The Good Soup, written by Angela. It helps to explain the differences between the type of raw milk that needs to be pasteurized and the quality fresh raw milk that doesn't as well as what pasteurizing milk covers up. Pasteurization, A Sour Story The word ‘ ...

Let's take a minute to raise our glasses of fresh raw milk to our modern prophet Sally Fallon Morell who wrote Nourishing Traditions and who started this grass-roots Real Milk revolution, and thanks, of course to Weston A. Price for all of his research. There is much more to the movement for direct ...