The global economy is a highly complex network of interactions, and often the work of many companies goes into a single product or service. Here are six giant companies you may not know about who are making billions off of your everyday purchases. 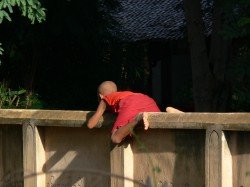 I am reposting this rather militant article I wrote last year for a local magazine in Los Angeles which has now gone under. Although it was written a while ago, I have to say that I still agree, but now I think that many 'sleeper agents' are already awake - watch out multinational corporations! ...