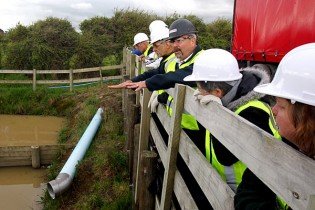 I moved to New Zealand in August 2001 and had just got a job in a restaurant on the Viaduct. On 9/11 I walked into work and heard the news about the World Trade Towers. I was feeling rather relieved to be in remote NZ far from the madness being generated in the US. I was shocked, therefore, when ...