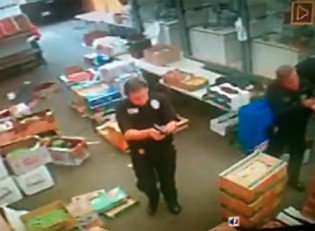 With the controversy over raw milk raging in full swing and getting hotter, it is a good time to have a quick review of North America’s recent history and how we have gotten to this point. The following are excerpts from David E. Gumpert’s book The Raw Milk Revolution. Behind America’s Emerging Battle over Food Rights (2009), and helps to clarify what is really behind this outrageous disregard for human rights and blatant attempt to shut down food-cultures that are based on appreciation and respect for life and process.

I really enjoyed this book as reading it was an interactive experience. The book references David Gumpert’s blog and comments from the community involved in the raw milk debate. Most of this information is on his website along with more up-to-date commentary on what is going on currently: www.thecompletepatient.com

In 2006, several of America’s largest states — Michigan, California, New York, Ohio and Pennsylvania, in coordination with the US government—launched a major enforcement campaign to crack down on small dairies producing and distributing unpasteurized milk. 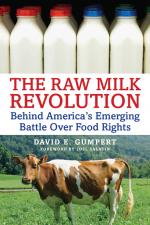 The controversy over raw milk relates to a number of larger issues: the vast changes that have occurred in American agriculture, specifically the way in which our food is produced and distributed on an industrial scale; and the growing concerns over explosive rates of chronic disease, highly publicized outbreaks of food-borne illness, and increasing government involvement and regulation of the foods we eat, as well as the forms in which we are allowed to purchase and consume them. xxi

…over the thirty-six year period beginning in 1970, the number of dairy cows in the United States fell just 19 percent. It just means they have, shall we say, been reorganized….

In effect, what’s happened is that small dairies with a few hundred acres of pasture have gradually disappeared, unable to make dairy farming work economically in a highly regulated, commodity-based economy where the wholesale prices paid for milk often don’t even cover the cost of feed, not to mention yielding income to the owners. The statistics testify to these changes. Between 1970 and 2006, the number of farms with dairy cows fell an astounding 88 percent, from 648,000 to 75,000, according to the US Department of Agriculture. xxii

Ironically, it was huge, disgusting feedlots for raising dairy cows within major cities like New York and Chicago in the mid-1800s that led to the sickening and killing many thousands of children. This tragedy led to the first mandatory pasteurization in a number of large cities in the early 1900s. xxv

It is modern-day versions of such feedlots that may well have given us the scourge of E. Coli 0157:H7 during the early 1980s. This mutation of normally harmless E. Coli bacteria is a major player in the battles that have developed over raw milk in the last few years.

It’s this issue of rights versus protection that is arousing the most serious passion around raw milk and, increasingly, other foods. In recent years, we have seen highly publicized cases of sickness, including some deaths, from food-borne illness carried in such common foods as fresh spinach, peanut butter, hamburger meat, and fast food from Taco Bell. Increasingly fearful consumers demand that the government “protect” us—via more inspectors and tougher penalties on sellers of contaminated products—and the government tries to comply. -xxvii

Yet the more the government tries to protect us, the worse some of the food and health problems, expressed via exploding rates of chronic disease and the appearance of “superbugs” like MRSA, seem to become. More health and medical authorities are questioning whether the ever-widening use of antibiotics, including sanitizing soaps and wipes, could be eliminating beneficial bacteria that not only keep pathogens at bay but also boost the nutritional value of foods. -xxvii

The federal cases, and quite possibly a number of the state cases as well, were apparently being pushed by the US Food and Drug Administration, in particular by the head of its Division of Plant and Dairy Food Safety, John Sheehan. He’s the man I had taken to referring to on my blog as “the Milk Czar.”

He is also the man best known for his statement, “Drinking raw milk or eating raw milk products is like playing Russian roulette with your health.”

Thus, in both actions and words, Sheehan was adamantly opposed to any flexibility or permissiveness at all concerning raw milk. It’s worse than that, though. Sheehan has made clear on any number of occasions that he is also completely opposed to any kind of dialogue with raw milk advocates, to the extent he can’t stand to be in the same room, or even the same building, as them. On top of that, he turned out to be an elusive, almost a mysterious, bureaucrat. -p207

The openings for compromise seem scant, with the FDA’s dairy leadership nearly hysterical in its opposition to raw milk. It sets the tone, since the FDA provides important financial support to state regulators and to the public health community in the form of training and funding of various programs and research. The FDA’s regional officials around the country work closely with state officials, and sometimes accompany them on raids of raw dairies.