Fostering Foodways, Community, and a Sense of Place: An Interview with Enrique Salmón

Eating is a political act and eating is also a cultural act that reaffirms identity. 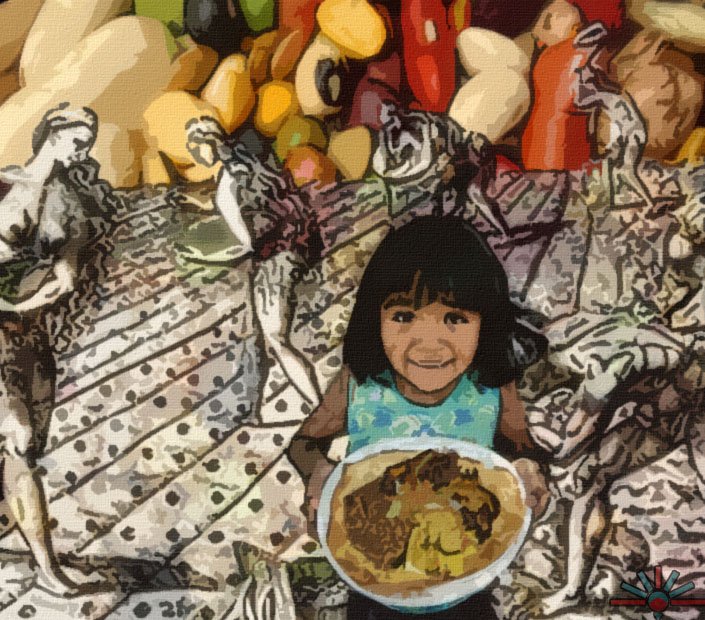 In his new book, Eating the Landscape: American Indian Stories of Food, Identity, and Resilience (University of Arizona Press 2012), ethnobotanist Enrique Salmón artfully weaves personal narrative with stories of people maintaining and revitalizing traditional agricultural practices. Despite the cultural and geographic diversity of the region he explores, Salmón reveals common themes: the importance of participation in a reciprocal relationship with the land, the connection between each group’s cultural identity and their ecosystems, and the indispensable correlation of land consciousness and food consciousness. Here, he talks about the ways in which traditional foodways can strengthen community, foster a sense of place, and perpetuate family stories.

What inspired the phrase “eating the landscape” in the title of your book?

The title came to me when I was deeply engaged in one of my many meditations over how to best translate an American Indian mental space regarding food into terms that might be understood by modern industrialized people. The land is a central component of American Indian worldview. It is constant and is the embodiment of our language, spirituality, identity, and history. The land, therefore, is a reflection of us. We are the land and it is we. It is also a living entity from which we emerged and is the living being that provides all our traditional foods. When we eat our foods we are not only eating our origins, but also our history, our identity, and everything that we hold dear. 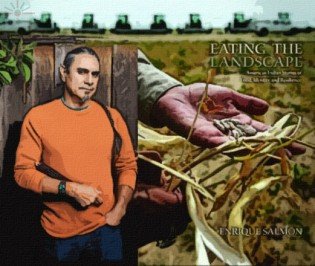 The opening chapter of the book explains this well, but I would add that each time I prepare and eat one of those dishes from my younger days, every time I catch a whiff of a tamale or a pot of beans cooking on a stove my mind becomes flooded with a sea of delightful memories all related to my family and our recipes. I recall parties, celebrations, and all sorts of events that called for special foods. But I also recall many uneventful moments colored by simple foods such as a rolled up warm corn tortilla dripping with real butter. These are positive enduring memories and they are based in community and in a fondness for place. Both of these things, community and a sense a place are becoming increasingly absent from the lives of modern humans and lead, I believe, to a lack of empathy for each other and for all other living things. A big part of my work, I hope, will help people to peer into what is possible between humanity and the natural world, and perhaps alter their lives so that they might re-experience or newly experience some of that as well.

You mention the Vandana Shiva dictum that eating is a political act and you add that eating is also a cultural act that reaffirms identity. Will you expand on both those thoughts and explain how the simple act of eating can carry so much cultural and political weight?

We all choose to eat and to not eat certain foods. And each one of those choices is a reflection of the complexity of things that people believe in and how they are trying to carry on their lives. However, most of us do not have the time or do not bother to consider the processes that our foods have undergone before they arrive before us in a bowl or on a plate. It is important to think about who raised this food. Under what conditions did they grow this? Do the people who grew and harvested this food love what they do? Next, it is important to consider how the food was prepared. Whose recipe was followed? What additional ingredients went into this dish? Finally, and most importantly I believe, it is crucial for people to ask, is there a story that the food I am choosing to eat can tell me or is there a story that, by eating this food, I am perpetuating? It is at this moment when we as food consumers must decide if we will continue to perpetuate a story that commits additional harm to our natural world and to ourselves, or if we will embark on a story that not only nourishes us and our families, but also nourishes our landscapes.

Would you talk more about the idea of food as story?

Story is all that we are. All people are living various forms of a story that they tell themselves or are told to them by others. Either way, our daily choices impact our ongoing stories. When family recipes are followed that is a way of continuing the story of the family and a cultural way of interacting with a landscape. A recipe can embody everything that is important to a family and even a culture. Just recently a friend and her husband had come over for dinner. My wife and I prepared among many things, some guacamole. Our friend was overwhelmed by how good the guacamole was and asked for the recipe. I realized at that moment that I really never followed any recipes when I prepared dishes such as guacamole. What I normally do is retell myself stories from family events of the past. In those stories I single out how particular family members prepared their versions of the dish. In this process I am performing a sort of cultural and familial re-membering. This re-membering is a form of re-living my own, my family’s, and my culture’s legacy of story.

There has been recent media coverage of an epidemic of starvation among the Raramuri, which seems to be an incredibly bitter irony for a culture so rich with knowledge of the land and food. What historical and contemporary circumstances have brought this about and is there hope for reclaiming the foodways that have sustained them for centuries?

The Raramuri have been able to lead a resilient lifestyle on their landscape in the Sierra Madres of Chihuahua, Mexico for centuries. That resilience has been marked largely by their ability to absorb, learn from, and then adapt to the many shocks to their way of life. In the past, however, those shocks were temporally singular. There was the Spanish Entrada they were able to retreat from as a result of the rugged mountains and canyons of the Sierra Madre. Due to their isolation the Raramuri were able to withstand the disease episodes of the 17th and 18th centuries. They permitted only those European food plants that were adaptable to their agricultural system and ignored the ones that were not. In a similar fashion my people survived the Mexican revolution, increased colonization, the ejido system, and even modern tourism. However, recently there have been too many shocks arriving at once and they are proving to be insurmountable. Ongoing drought coupled with over-deforestation on the part of lumber companies is making it increasingly difficult to grow food. Then there is the additional threat of narco-traffickers who are forcing Raramuri off their agricultural areas and milpas that they have husbanded for centuries in order to make way for marijuana and opium growing. Under these conditions not even the most knowledgeable and experienced farmer can survive. If given the opportunity to return to their fields and milpas and to have time to understand the situation, I imagine the many Raramuri families would be able to survive. Unfortunately, this will not happen until the narco-traffickers and loggers have a reason to abandon the Sierra. And even then the damage to the land might be too much to overcome.

Who are some of the people you’ve met or organizations you’ve encountered over the years that make you feel hopeful about the resurgence of traditional agricultural and culinary practices?

Pretty much each individual and every organization that I mention in the book offers a story of hope. If they are given the opportunity to reach out and affect someone with their story that hope will multiply adding to the resurgence in traditional and decolonized foods that we are experiencing today. Of course, in my work I have had opportunities to come in contact with like-minded peoples in various parts of the world. I have met tribal people in Ethiopia working hard to hang onto and revitalize traditional foods such as teff. They do this in the face of economic hardship and government efforts to stifle their ancestral foodways. I am encouraged by the Maori educational program in New Zealand where a child can move from preschool all the way through a four year college degree all in their Maori language, customs, and food traditions. In northern California the Yurok and Kurok are embarking on a revitalization of their ancestral fishing practices as a result of changing water regulations that finally recognize the importance of free flowing rivers and salmon runs. I am encouraged by The Christensen Fund’s grant making practices that assume that what is good for Indigenous people who are maintaining centuries-old land management practices is good for the land. The Indigenous Peoples Restoration Network (IPRN) is working in conjunction with the Society for Ecological Restoration to maintain a dialogue between Indigenous and western scientific ecologists. I could continue, as there are myriad projects, organizations, community gardens, CSAs, co-ops, and individual food providers who have decided that chemicals and GMOS are not the answer and that we need to rediscover sustainable agricultural methods. These people are only a small part of a larger collection of activists, dreamers, and change makers who together are rebelling against corporate foodways and are offering new ways to eat.

Enrique Salmón is an assistant professor in California State University East Bay’s Department of Ethnic Studies. His book, Eating the Landscape: American Indian Stories of Food, Identity, and Resilience, is now available from the University of Arizona Press.