Thousands of British Columbians Say “No” to Smart Meters 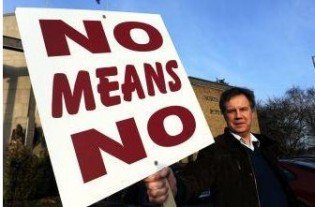 We just got a letter in the mail from BC Hydro today informing us that our meter is about to be replaced by a smart meter to “create the foundation for modernizing BC’s electricity system. And, it will help us all enjoy safe, reliable, and more affordable power for decades to come.” -Ugg. I already wrote them a letter telling them we wanted nothing to do with it.

And here I was thinking there is a moratorium on putting up smart meters in BC — how naive I guess! I have heard from other folks getting these notes in the mail as well. There are indeed a LOT of people in BC concerned about this — 13,000 signed the petition to stop smart meters. BC Hydro has been told to stop but as usual these days, the people’s voice is ignored and the faceless machine rolls on. Actually I am in some ways glad to get this note, because it means we don’t already have a smart meter in our building and I have some hope to keep it out. It is inspiring to me to see these movements I am involved with here in Canada to actually be making a tiny bit of progress. I have never really thought that letter-writing campaigns and petitions really had much effect, but now both of these movements, the food freedom one and the smart meter one, people are concerned about modern technology and it’s effect on our health and we should have right to choose whether we eat irradiated food or whether we want to be irradiated ourselves.