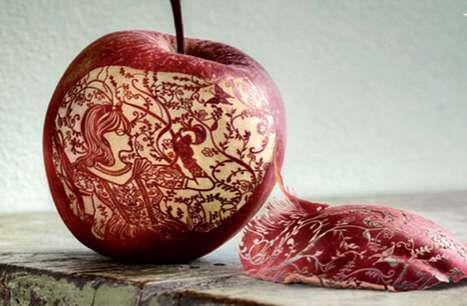 It is uncertain where the first wild apple was cultivated to eventually produce the sweet and fleshy apple of today. From that small, sour, seed filled apple we now have more than 5,000 named apple varieties. Apples have been eaten in many ways, the most popular being raw. In Shakespeare’s day people would eat baked or stewed apples for dessert with a small dish of caraway seeds.

The apple has had an important role in myth, health and love for thousands of years. A love potion from Germany consisted of soaking an apple in the desired ladies’ perspiration. Once the amorous young man devoured the apple all his deepest fantasies would be fulfilled. The Greeks considered the apple capable of healing all ailments and American folk medicine credits them with being therapeutically effective in neutralizing the bodies excess acids and being very helpful for digestion.