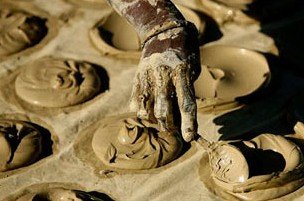 The Egyptians used it to preserve their famous mummies. The ancient Greeks and Romans used it to restore health. The great German Naturopaths of the last century hailed clay as one of nature’s great remedies. Mahatma Ghandi advocated the use of clay for health and purification. Numerous so-called “primitive” tribes have used clay for both internal and external purification…. Jesus healed the blind with Bentonite Clay, dams are patched with it. The Native Americans used it for money. The Russians capped Chernobyl with it after the nuclear plant melted down. NASA feeds it to astronauts to prevent osteoporosis. 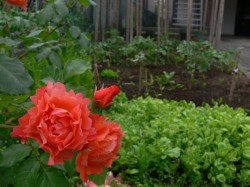 This year got started late with a huge snowstorm and a very cold winter. The roses seem to have done well though, and the amazing backyard gardens of Vancouver BC are going full swing. I am constantly impressed by how many plants there are in some of these spaces. It is also interesting to see that ...

Not only are the gardens of Vancouver BC filled with an assortment of absolutely delicious edible fruits, vegetables and herbs but the micro-farmers are generous and friendly. This fig fresh off the tree was the most juicy I have ever had. Another happy old Chinese farmer gave me a couple of cho ...