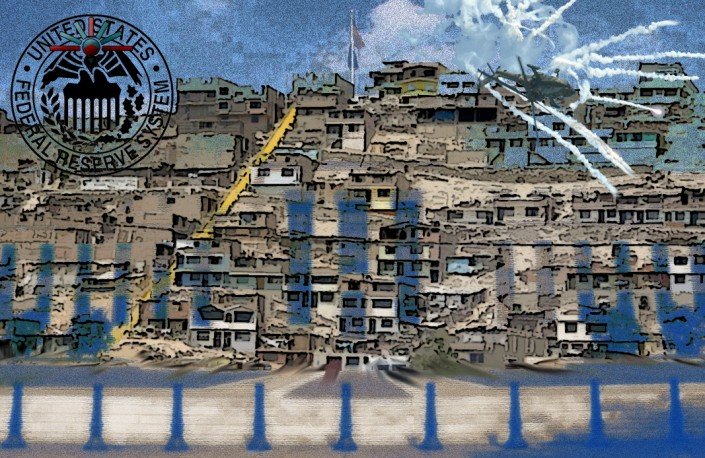 The Social Security program … represents our commitment as a society to the belief that workers should not live in dread that a disability, death, or old age could leave them or their families destitute.
— President Jimmy Carter, December 20, 1977.

[This law] assures the elderly that America will always keep the promises made in troubled times a half century ago … [The Social Security Amendments of 1983 are] a monument to the spirit of compassion and commitment that unites us as a people.
— President Ronald Reagan, April 20, 1983.

So said Presidents Carter and Reagan, but that was before 1996, when Congress voted to allow federal agencies to offset portions of Social Security payments to collect debts owed to those agencies. (31 U.S.C. §3716). Now we read of horror stories like this:

Could not find a job and had to request forbearance to carry me. Over the years I forgot about the loan, dealt with poor health, had brain surgery in 2006 and the collection agents decided to collect for the loan in 2008.

At no time during the 6-7 year gap did anyone remind me or let me know that I could make a minimum payment on the loan. Now that I am on Social Security (have been since I was 62), they have decided to garnish my SS check to the tune of 15%.

It seems that Congress has removed nearly every consumer protection from student loans, including not only standard bankruptcy protections, statutes of limitations, and truth in lending requirements, but protection from usury (excessive interest). Lenders can vary the interest rates, and some borrowers are reporting rates as high as 18-20%. At 20%, debt doubles in just 3-1/2 years; and in 7 years, it quadruples. Congress has also given lenders draconian collection powers to extort not just the original principal and interest on student loans but huge sums in penalties, fees, and collection costs.

The majority of these debts are being imposed on young people, who have a potential 40 years of gainful employment ahead of them to pay the debt off. But a sizeable chunk of U.S. student loan debt is held by senior citizens, many of whom are not only unemployed but unemployable. According to the New York Federal Reserve, two million U.S. seniors age 60 and over have student loan debt, on which they owe a collective $36.5 billion; and 11.2 percent of this debt is in default. Almost a third of all student loan debt is held by people aged 40 and over, and 4.2% is held by people over the age of 60. The total student debt is now over $1 trillion, more even than credit card debt. The sum is unsustainable and threatens to be the next debt tsunami.

Some of this debt is for loans taken out years earlier on their own schooling, and some is from co-signing student loans for children or grandchildren. But much of it has been incurred by middle-aged people going back to school in the hope of finding employment in a bad job market. What they have wound up with is something much worse: no job, an exponentially mounting debt that cannot be discharged in bankruptcy, and the prospect of old age without a social security check adequate to survive on.

Gone is the promise of earlier presidents of a “commitment to the belief that workers should not live in dread that a disability, death, or old age could leave them or their families destitute.” The plight of the indebted elderly is reminiscent of the Irish immigrants who came to America after a potato famine in the 19th century, who were looked upon in some places as actually lower than slaves. Plantation owners kept their slaves fed, clothed and cared for, because they were valuable property. The Irish were expendable, and they were on their own.

It is obviously not a good time to raise interest rates on student debt, but they are set to double on July 1, 2012, to 6.8%. Many lawmakers in both parties agree that the current 3.4% rates should be extended for another year, but they can’t agree on how to find the $6 billion that this would cost. Republicans want to take the money from a health care fund that promotes preventive care; Democrats want to eliminate some tax benefits for small business owners.

Congress cannot agree on $6 billion to save the students, yet they managed to agree in a matter of days in September 2008 to come up with $700 billion to save the banks; and the Federal Reserve found many trillions more. Estimates are that tuition could be provided free to students for a mere $30 billion annually. The government has the power to find $30 billion — or $300 billion or $3 trillion — in the same place the Federal Reserve found it: it can simply issue the money.

Congress is empowered by the Constitution to “coin money” and “regulate the value thereof,” and no limit is set on the face amount of the coins it creates. It could issue a few one-billion dollar coins, deposit them in an account, and start writing checks.

But wouldn’t that be inflationary? No. The Fed’s own figures show that the money supply (M3) has shrunk by $3 trillion since 2008. That sum could be added back into the economy without inflating prices. Gas and food are going up today, but the whole range of prices must be considered in order to determine whether price inflation is occurring. Housing and wages are significantly larger components of the price structure than commodities, and they remain severely depressed.

There is another way the government could find needed funds without raising taxes, slashing services, or going further into debt: Congress could re-finance the federal debt through the Federal Reserve, interest-free. Canada did this from 1939 to 1974, keeping its national debt low and sustainable while funding massive programs including seaways, roadways, pensions, and national health care. The national debt shot up only when the government switched from borrowing from its own central bank to borrowing from private lenders at interest. The rationale was that borrowing bank-created money from the government’s own central bank inflated the money supply, while borrowing existing funds from private banks did not. But even the Federal Reserve acknowledges that private banks create the money they lend on their books, just as central banks do.

U.S. taxpayers now pay nearly half a trillion dollars annually to finance our federal debt. The cumulative figure comes to $8.2 trillion paid in interest just in the last 24 years. By financing the debt itself rather than paying interest to private parties, the government could divert what it would have paid in interest into tuition, jobs, infrastructure and social services, allowing us to keep the social contract while at the same time stimulating the economy.

For students, at the very least the bankruptcy option needs to be reinstated, usury laws restored, predatory practices eliminated, and the cost of education brought back down to earth. One possibility for relieving the burden on students would be to give them interest-free loans. The government of New Zealand now offers 0% loans to New Zealand students, with repayment to be made from their income after they graduate. For the past twenty years, the Australian government has also successfully funded students by giving out what are in effect interest-free loans. The loans in the Australian Higher Education Loan Program (or HELP) do not bear interest, but the government gets back more than it lends, because the principal is indexed to the Consumer Price Index (CPI), which goes up every year.

Predatory lenders are keeping us in debt peonage through misguided economics and bank-captured legislators. We have people who desperately want to work, to the point of going back to school to try to improve their chances; and we have mountains of work that needs to be done. The only thing keeping them apart is that artificial constraint called “money”, which we have allowed to be created by banks and let out at interest when it could have been created by public institutions for public purposes, either by direct issuance or through publicly owned banks. We just need to recognize our oppressors and throw off their yoke, and the good times can roll again.

Infographic: Is Higher Education the Next Big Bubble?

Infographic from www.economywatch.com Getting into a good university is not an easy feat. Securing a job upon graduation, in the current economic climate, is not easy too. However, the biggest challenge for most university graduates is paying off their education loan. It may sound preposterous th ...

This guest blog is from Vancouver's own open-money champion, Jordan Bober, who just recently did a detailed and thoughtful presentation: Community Money For Community Food last week, which I sadly missed, fortunately we have the internet so this presentation is available. For anyone who is intereste ...

This is a very exciting movement, people coming together in Greece creating ways to network, exchange goods and services and support each other. The movement for alternative currencies is growing in North America and other western countries as well. There is a group here in Vancouver BC called Vanco ...

A comment on one of my posts about the student loan scandal lead me to this post: Edumacated, what a great cartoon too. Very true, I have reposted that as well. Another very important article about the whole issue of what is going to happen when the student loan bubble finally bursts as well as some ...

About a month ago we took a quick trip to Portland to check out the food cart scene there that is just off the hook! We had a glimpse of it in November last year when I helped an Uncle move south--we were just there overnight. It was raining so hard at the time we couldn't stop for any photos of the ...

I have finally put together a list of some of my favorite reads of late. I am sure there could be a ton more books added to this list, and I will most likely make another one some day. These books have helped me to shift the way I view the world and the potential of mankind. We are very intimately i ...