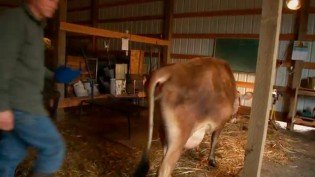 With the controversy over raw milk raging in full swing and getting hotter, it is a good time to have a quick review of North America's recent history and how we have gotten to this point. The following are excerpts from David E. Gumpert's book The Raw Milk Revolution. Behind America's Emerging Batt ...