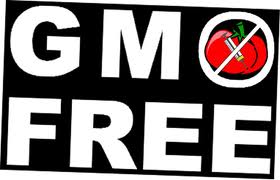 A committee of City Council will be debating the call for a GMO ban in Richmond on Tuesday at 4pm.

Unfortunately, staff have recommended labelling (which will not happen under the current gov’t) over a ban. I’m disappointed, but not surprised, by the report.

I’m asking everyone who is available to come out, please do so and have your voice heard. You can speak for up to 5 minutes on the topic, as soon as staff have presented their report.

Council puts a lot of weight on what farmers say and, unfortunately, our Agricultural Advisory Committee did not want a ban since 3 farmers are growing GMO corn in Richmond. It would really be great for them to hear from other farmers that don’t want GMOs in the area.

Please let friends and family know that they need to speak. The bigger the crowd, the harder it is for Council to say no.

If you can’t make it in person, we would REALLY appreciate your e-mails to mayorandcouncillors@richmond.ca

Help Ban Cosmetic Pesticides in BC

I've been forwarded this by some concerned friends, please add your input via the site below. The following is written by Marisca Dekkema of Prince George, B.C Special Committee on Cosmetic Pesticides The Canadian Cancer Society is pleased the Provincial Government is taking steps towards bann ...

I am very glad to hear that Poland is stepping up and taking care of their people by taking this strong stance on genetically modified organisms. On August 24, 2011 President Bronislaw Komorowski vetoed the so-called “Seed Law” on GM crops, and referred to the bill as “legal junk.” Please re ...

I was looking through some old posts and suddenly came across this old draft that for some reason I never published. I don't know why--sorry about that! I recently spent the week on a biodynamic craniosacral therapy course that was held in downtown Vancouver. I don't often spend much time down there ...